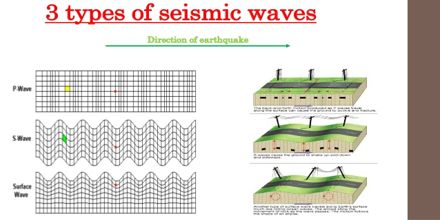 Seismic wave is an elastic wave in the earth produced by an earthquake or other means. Seismic waves are the waves of energy caused by the sudden breaking of rock within the earth or an explosion. They are the energy that travels through the earth and is recorded on seismographs. It response of material to the arrival of energy fronts released by rupture. The two main types of Seismic Waves are body waves and surface waves.