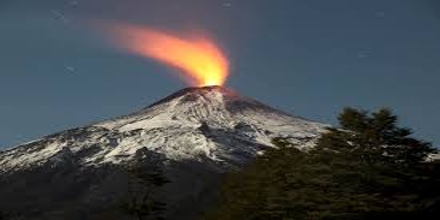 General purpose of this lecture is to present on Volcanoes. A volcano is a rupture in the crust of a planetary-mass object, such as Earth, that allows hot lava, volcanic ash, and gases to escape from a magma chamber below the surface. The volcano is built up of layers of Ash. When it erupts it is normally with great explosive force. Shield Volcanoes are enormous features built up only from layers of lava. They produce lots of lava but they tent not to erupt violently.