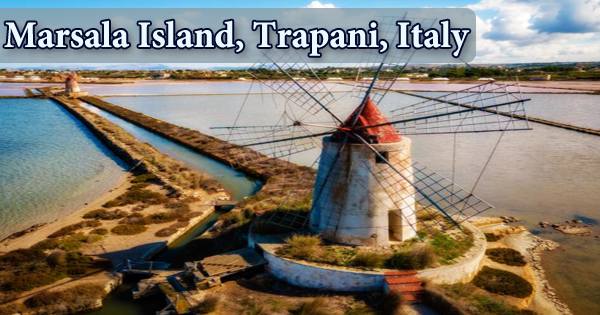 Marsala (Italian pronunciation: marˈsaːla; Sicilian: Maissala, pronounced – maɪsˈsaːla; Latin: Lilybaeum), is a town in western Sicily; it is located on the Boeo Cape, also known as Lilibeo, in the Trapani Province, Italy. The city’s roots are linked to those of Mozia, an island in the Marsala Laguna where the ancient Phoenecian city of Mozia was built in the 8th century B.C. The ruins of a Punic ship, a remarkable example of a battleship of this type dating back to 241 B.C., are maintained at the Museo del Baglio Anselmi, which symbolizes the global capital of Naval Archeology. This was the year of the Punic Wars, which took place in the Lilybaeum Sea.

Lilybaeum was besieged by the Romans and defended by the Punic general Imilcone during the first of the three Punic Wars. Many people are familiar with Marsala’s delicious dessert wines, but few are aware of how charming the town is. The Stagnone Lagoon Natural Reserve, a coastal region with salt ponds, is a highlight of the area. Marsala boasts basic pleasures like as a pleasant passeggiata (evening promenade) most nights, lots of aperitif alternatives, and family-friendly eateries abounding, despite its streets being covered in dazzling marble, flanked with majestic baroque structures, and dotted with elegant piazzas.

Marsala is constructed on the ruins of the ancient Carthaginian city of Lilybaeum and contains the archaeological site of the old Phoenician town of Motya in its borders. The present name comes from the Arabic مَرْسَى عَلِيّ (marsā ʿaliyy, “Ali’s harbor”), or possibly مَرْسَى اللّٰه (marsā llāh, “God’s harbor”). It began as Lilybaeum, which was built by the Carthaginians in 397–396 BC when Dionysius I, tyrant of Syracuse, destroyed the outlying island of Motya (today San Pantaleo). The settlement was established on Lilibeo Cape, which overlooks the Aegadian Islands and the Stagnone Lagoon, at Sicily’s most western point.

The Stagnone Islands archipelago is the town’s most prominent feature, with a rich past as well as being designated as a natural reserve. Marsala still has its original street design, which was constructed along the lines of a quadrilateral, which was initially surrounded on one side by a boundary wall, which is typical of the Hellenic period. The historic center and the Spanish district are protected by four bastions from the 16th-century wall. The Stagnone Lagoon, a Natural Reserve in which the island of Mozia is located, is part of Marsala’s 241 square kilometers (93 square miles) region, which has a rich cultural and landscape history.

After Emperor Charles V demolished the town’s ancient harbor to prevent pirates from occupying it, the town began to deteriorate in the 16th century. Today, Marsala is a nice, relaxing location to visit, with a magnificent, freshly renovated old town center that is mostly Baroque and comfortable to wander around. The majority of visitors are likely to come on a winery tour, which we highly suggest.

The village was the landing point for Giuseppe Garibaldi and 1,000 of his “Redshirts” in their attempt to capture the Kingdom of the Two Sicilies on May 11, 1860. Nearby, Roman baths have been discovered. Fine Flemish tapestries may be seen in the town’s Baroque cathedral, which is dedicated to St. Thomas Becket. The town is surrounded by vineyards, and its main business is the manufacture and export of Marsala wine, a high-alcohol blended wine that was originally made in the area in 1773. It was as well-received in England as Woodhouse had planned, and in 1796 he relocated permanently to Marsala to commence large production. Ingham and Whitaker were among the other Englishmen who followed. However, wine was not the only relationship between England and Marsala. The Cathedral, which was erected on the site of an earlier Norman church, is dedicated to Thomas Becket, one of England’s most famous saints.

Other points of interest include the Cathedral, the “Baglio Anselmi” Archaeological Museum, which houses a Phoenician boat from the First Punic War, and the nearby saltpans and nature reserve of Il Stagnone, as well as the fascinating Phoenician island of Mozia and the beautiful Egadi Island archipelago. Marsala is designated as a seismic zone 2 regions (medium). Marsala has a hot-summer mediterranean climate (Köppen: Csa), which is similar to that of other Sicilian coastal cities, with hot and dry summers and fairly rainy and mild winters. The weather of Marsala is comparable to that of Trapani, which is close by.

Excavations and topography studies have been conducted in the Marsala archaeological region. The ancient settlement of Lilybaeum occupied a rectangular area on Capo Boeo, a low and rocky peninsula that slants gently down to the sea. Several city walls and levels, as well as the walls of public and private structures, may be seen. Rich mosaic flooring in town buildings have been discovered during excavations at various locations under the present city. Although tourism is a developing sector and is becoming a significant source of income for Marsala, the city’s economy still relies on wine production.