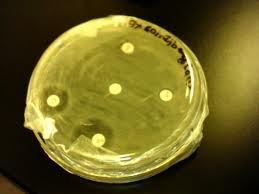 Curcuma longa commonly known as turmeric is traditionally used as a spice and coloring agent in Asian cuisine. Turmeric possesses a wide range of biological activities such as anti-microbial, anti-cancer, anti-inflammatory and anti-oxidant activities. Scientific information suggested a logical basis for its traditional utilization in healthy food. At the present day, the spice is extensively employed in pharmaceutical and cosmetic industries as an effective mean for the treatment of various skin diseases and liver disorders. It is also used for its carminative, stomachic and laxative properties. Curcuminoids consisting of curcumin (50-60%), demethoxy curcumin (20-30%) and bis-demethoxy curcumin (7-20%) and volatile oils consisting of α- phellandrene, 1:8 cineol, zingiberene, ar-curcumene, turmerone, ar-turmerone, β- sesquiphellandrene, curlone and dehydrozingerone have been well-documented as the major active constituents of turmeric.

Microbiological contamination of herbs and spices may provide a possible conduit to introduce food spoilage organisms into a wide range of dishes. In addition, spices and herbs may contain pathogens that cause a risk to public health, particularly Salmonella spp., Escherichia coli and endospore-forming and toxin-producers such as Clostridium perfringens. Yeasts and moulds have generally been found in herbs and spices and may create serious problems due to aflatoxin production. Microbial decontamination by ethylene oxide or methyl bromide is prohibited in several countries, for health, environment, and occupational safety reasons.

Decontamination achieved by gamma radiation is one of the currently practiced methods of reducing microbial load and disinfecting food and spices. The use of ionizing radiation is accepted in many countries and recommended by a number of organizations, but only well-trained and experienced staff should decide upon the desirability of its use. Moreover, specially designed installations and equipment must be used; therefore, this decontamination method is not suitable as an in-house process.

This present investigation was aimed to evaluate the effect of several simple low cost methods to decontaminate turmeric rhizomes on microbiological quality and bioactive constituents of aseptically prepared turmeric powder. In addition, antibacterial activity of the powder on selected important skin and wound pathogens such as Staphylococcus spp., Acinetobacter baumannii, Escherichia coli and Pseudomonas aeruginosa was performed. This information should be of interest to manufacturers and consumers in order to obtain an easy, inexpensive decontamination method for household applications.

Preparation of the plant sample

At first with the help of comprehensive literature review Curcuma Longa. The plant was selected for this investigation. The rhizomes were collected from local market.

These rhizomes were identified by the expert.

These rhizomes were washed thoroughly. Kept the rhizomes sometimes for dried.  Then slicing the Curcuma Longa .Then kept in oven for dried in 72 hours at 500c temperature.

After dried Curcuma Longawas crushed with crusher. The coarse powders were then stored in air tight container with necessary marking for identification and kept in cool, dark and dry place for the investigation.

About 70g of the powdered curcuma longa were leaching with 250ml of 80% methanol and 30ml of water in an air tight flat bottomed container for 48 hrs, with occasional shaking and stirring. The major portions of the extractable compounds of the curcuma longawere dissolved in the solvent. Then it was filtered using cotton & filter paper. The filtrate was then evaporated in a water bath using Petri dish at 1000c temperature. Finally the solvent was evaporated and extract was obtained.

This ability may be estimated by any of the following three methods:

But there is no standardized method for expressing the results of antimicrobial screening. Some investigations use the diameter of zone inhibition and or the minimum weight of extract to inhibit the growth of microorganisms. However, a great number of factors viz. the extraction methods, inoculums volume, culture medium composition, and incubation temperature can influence the results.

Solutions of known concentration (ug/ml) of the test samples are made by dissolving measured amount of the samples in calculated volume of solvents. Dried and sterilized filter paper discs (6 mm diameter) are then impregnated with known amounts of the test substances using micropipette. Discs containing the test material are placed on nutrient agar medium uniformly seeded with the test microorganisms. Standard antibiotic discs and bland discs (impregnated with solvents) are used as positive and negative control. These plates are then kept at low temperature (4`c) for 24 hours to allow maximum diffusion. During this time dried discs absorb water from the surrounding media and then the test materials are dissolved and diffused out of sample disc. The diffusion occurs according to the physical law that controls the diffusion of molecules through agar gel. As a result there is a gradual change of test materials concentration in the media surrounding the discs.

The plates are then incubated 37`c for the 24 hours to allow maximum growth of the organisms. If the test materials have any antimicrobial activity, it will inhibit the growth of the microorganisms and a clear, distinct zone of inhibition will be visualized surrounding the medium. The antimicrobial activity of the test agent is determined by measuring the diameter of zone of inhibition expressed in centimeter.

Culture medium and their composition

The following media is used normally to demonstrate the antimicrobial activity and to make subculture of the test organisms.

To prepare required volume of this medium, calculated amount of each of the constituents was taken in a conical flask and distilled water was added to it to make the required volume. The contents were heated in a water bath to make a clear solution. The p (at 25`c) was adjusted at 7.2-7.6 using NaOH or HCL. 10 ml and 5 ml of the medium were then transferred in screw cap test tubes to prepare plates and slants respectively. The test tubes were then capped and sterilized by autoclaving at 15-lbs. pressure/sq. inch at 121`c for 20 minutes. The slants were used for making fresh culture of

In order to avoid any type of contamination and cross contamination by the test organisms the antimicrobial screening was done in Laminar Hood and all types of precautions were highly maintained. UV light was switched on one hour before working in the Laminar Hood. Petri dishes and other glassware’s were sterilized by autoclaving at a temperature of 121`c and a pressure of 15-lbs. /sq. Inc for 20 minutes. Micropipette tips, cotton, blank discs etc. were also sterilized.

In an aseptic condition under laminar air hood cabinet, the test organisms were transferred from the pure cultures to the agar slants with the help of a transfer loop to have fresh pure cultures. The inoculated strains were then incubated for 24 hours at 37`c for their optimum growth. These fresh cultures were used for the sensitivity test.

Preparation of the Test Plates:

The test organisms were transferred from the subculture to the test tubes containing about 10 ml of melted and sterilized agar medium with the help of a sterilized transfer loop in an aseptic area. The test tubes were shaken by rotation to get a uniform suspension of the organisms. The Petri dishes were rotated several times clockwise and anticlockwise to assure homogenous distribution of the test organisms in the media.

These were used as control to ensure the activity of standard antibiotic against the test organisms as well as for comparison of the response produced by the known antimicrobial agent with that of the test sample. In this investigation, amoxicillin (10ug/disc) standard disc was used as the reference.

These were used as negative controls which ensure that the residual solvent (left over the discs even after air-drying) and the filter paper were not active themselves.

50 mg of each test samples were dissolved in 2 ml of ethanol to obtain the concentration 25g/l in an aseptic condition. Sterilized material, filter paper discs were taken in a blank Petridis under the laminar hood. Then discs were soaked with solutions of test samples and dried.

Methanol extracts of curcuma longa against a number of both gram positive and gram negative bacteria the amount of sample per disc was…. Preparation and application of the test samples. Sample discs were prepared by adding 20ul of the test solutions to the sterile filter paper discs. The discs were then allowed to dry for sufficient period of time until complete evaporation of the solvent. The test samples were applied to previously sterilized discs using adjustable micropipette under aseptic conditions.

The sample discs, the standard antibiotic discs and the control discs were placed gently on the previously marked zones in the agar plates pre-incubated with test bacteria and fungi the plates were then kept in a refrigerator at 4`c for about 24 hours upside down to allow sufficient diffusion of the materials from the materials from the discs to the surrounding agar medium. The plates were then inverted and kept in an incubator at 37`c for 24 hours.

Determination of antimicrobial activity by the zone of inhibition

But the crude extracts of curcuma longa have poor inhibitory effects against pathogenic micro-organisms I.e. activity is not broad. Activity may be increased by increased concentration of extract per disc.

From this study it can be concluded that the extracts of Curcuma longa possess antimicrobial activity. The use of medicinal plants to cure diseases has been extensively applied by people. Curcuma longa is a spice, which is a natural ingredient of our daily food. Thus it was confirmed that Curcuma longa, a natural ingredient of our daily food can provide protection to a certain extent against our natural enemies like bacterial pathogens. Also it was showed that Curcuma longa in the Western Ghats truely have medicinal values. Data from the literature as well as our results reveal the great potential of plants for the therapeutic treatment and have not been completely investigated.

The crude methanol extract of curcuma longa showed mild to moderate antimicrobial activity. This plant can be further investigated for their compounds isolation & can be screened against various diseases in order to find out its unexplored efficacy & can be potential source of chemically interesting & biologically important drug candidates.

So as a result it could be estimated that the plant chosen for study has a wide range of activity against various pathogens.