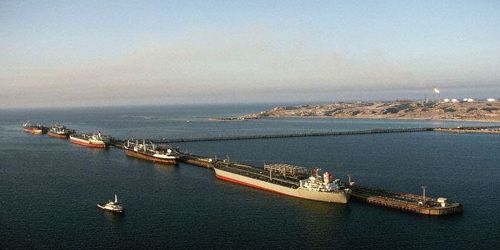 The gulf has many fishing grounds, extensive reefs (mostly rocky, but also coral), and abundant pearl oysters, but its ecology has been damaged by industrialization and oil spills.

The Persian Gulf is the remains of a once larger basin now in filled by sediment from Mesopotamian Rivers. Collision of Arabian and Eurasian plates at the Mesozoic/Cenozoic boundary produced the Zagros Fold Belt and the large Mesopotamian Foredeep. Has been an area of consistent deposition during the Paleozoic that led to the accumulation of a very thick sedimentary lens of carbonate rocks and evaporates.

The Shatt al-Arab river delta forms the northwest shoreline. The Persian Gulf was a battlefield of the 1980–1988 Iran–Iraq War, in which each side attacked the other’s oil tankers. … The body of water is historically and internationally known as the “Persian Gulf”. Although continents such as N. America and Europe use the most oil currently, countries such as China and India are rapidly growing thus increasing their need for oil.

During The Persian Gulf War when Iraq fled Kuwait it set fire to 721 oil wells, burning millions of barrels of oil much of which also poured into the Persian Gulf.

The Persian Gulf is a 600 – mile body of water. Persian Gulf is the most strategic waterways in the world due to its importance in the global oil transportation. Due to the war and high rate of water evaporation, extended drilling and oil extraction, pollution of the water has increased alarmingly. The Persian Gulf is now one of the sensitive marine ecosystems.

The Major sources of pollution are:

3) Pollution caused by dumping from ships and aircraft

4) Pollution resulting from exploration and exploitation of the bed of the territorial sea, the continental shelf and the sub-soil thereof.

5) Pollution from other human activities