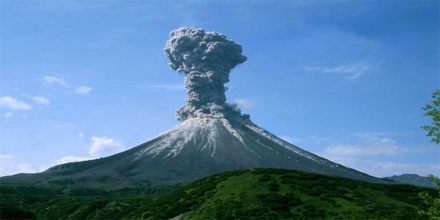 Volcanoes are the result of hot spots within the crust or mantle of the earth. The hot, liquid rock will break through weak spots in the surface and form volcanoes or flood basalts. Many volcanoes do not release lava, instead they spit ash and small bits of lava called lapilli. Some eruptions are quiet with very fluid (low viscosity) lava flows while others are explosive. Earth’s volcanoes occur because its crust is broken into 17 major, rigid tectonic plates that float on a hotter, softer layer in its mantle.