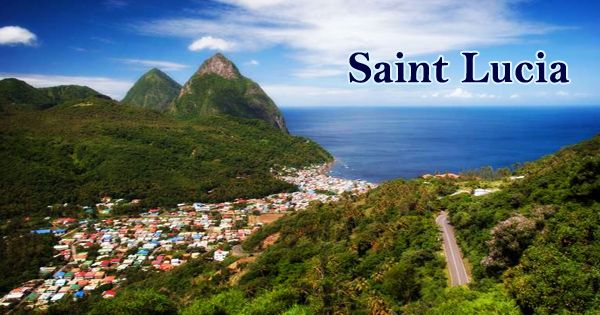 Saint Lucia (UK: /sənt luˈsiːə, -ˈluː.ʃə/; US: /seɪnt ˈluːʃə/; French: Sainte-Lucie) island state in the Caribbean Sea; It is the second largest of the Windward group in the Lesser Antilles and is situated some 24 miles (39 km) south of Martinique and some 21 miles (34 km) northeast of Saint Vincent. The island was formerly named Iyonola, the name given by the native Arawaks to the island, and later, Hewanorra, the name given by the native Caribs, two distinct peoples of the Amerindians. It occupies an area of 617 km2 (238 square miles) of land; Castries is its capital city. A member of the Commonwealth is Saint Lucia.

The island is of volcanic origin and is bisected by a central ridge of wooded mountains from north to south, Mount Gimie is the highest point (3,145 feet (959 meters)). The first proven inhabitants were the Arawaks, but before this, there may have been other indigenous peoples. There is evidence to indicate that, because of the island’s high number of iguanas, the Arawak named the island Iouanalao, meaning “Land of the Iguanas”. From the mountains, several streams flow through fertile valleys. The Gros and Petit Pitons (2,619 feet (798 meters) and 2,460 feet (750 meters) respectively) are in the southwest, with two massive rock pyramids rising sharply from the sea and enclosing a narrow harbor. 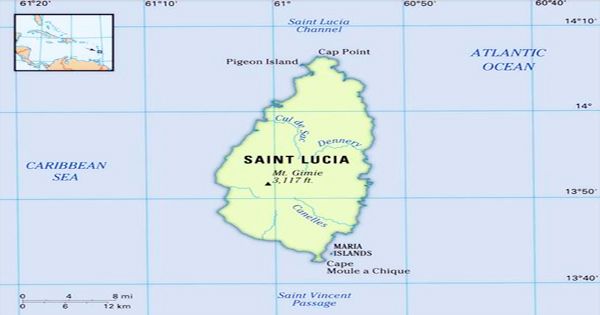 After the slave-based sugar industry grew, both the British and the French considered the island attractive, and the island changed hands or was declared neutral territory a dozen times during the 18th century, even though the French settlements existed and the island was a de facto French colony well into the eighteenth century. The boiling sulphur springs from which the nearby town of Soufrière takes its name are situated near Petit Piton, in the crater of an ancient volcano. A tourist site of choice, the springs also provide significant potential for electricity.

The Saint Lucia volcanic island is more mountainous than most of the Caribbean islands, with Mount Gimie at 950 meters (3,120 feet) above sea level as the highest point. In the direction of the northeastern trade winds, Saint Lucia lies and has a tropical maritime climate. The temperature and rainfall vary with elevation. The average annual precipitation on the coast varies from 51 inches (1,295 mm) to as much as 150 inches (3,810 mm) inland. The only island in the world to contain a drive-in volcano is Saint Lucia. Some 77 percent of the land area is covered by trees. Around January to April, there is a dry season and from May to November there is a rainy season. The average temperature is around 27 °C (80 °F), with elevations often in the upper 80s (31 °C) and lows in the upper 60s (20 °C).

Off the coast, there are a number of small islands, the largest of which in the south-east are the Maria Islands. The Saint Lucian parrot (the endangered national bird), the Saint Lucia black finch, and the Saint Lucia oriole are part of the rich birdlife. There is also a Saint Lucia-specific lizard, and the agouti is popular. Saint Lucia maintains good ties with the major powers involved in the Caribbean, including the United States, Canada, France, and the United Kingdom. Saint Lucia has no diplomatic conflicts at present. 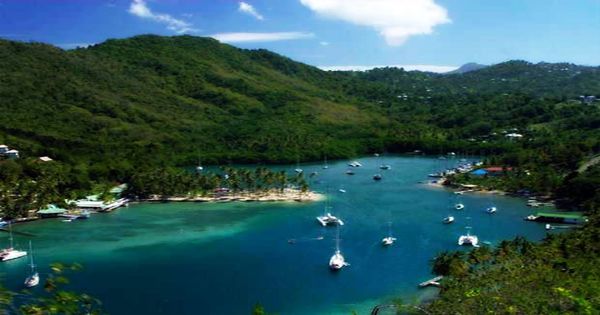 On the island, no Caribs remain; the overwhelming majority of the island’s inhabitants are black, and a small number of mulattoes and other mixtures exist. The rest are white or harvested from East India. For Saint Lucia’s economy, tourism is important. It is anticipated that its economic value will continue to grow as the banana market becomes more competitive. Roman Catholicism is the dominant faith, and Seventh-day Adventists and other Protestants are major minorities. Saint Lucia’s rate of population growth is significantly higher than the Caribbean average.

As part of a cruise, the bulk of tourists visit Saint Lucia. Although Soufriere, Marigot Bay, Rodney Bay, and Gros Islet are also tourist attractions, most of their time appears to be spent in Castries. In the south of the island, near Vieux Fort, an industrial free zone was established; factories produce and export electronic goods and toys there. Cardboard cartons, clothes, rum, tobacco products, coconut products, concrete blocks, and beer are manufactured by other industries. Since 1970, tourism has grown rapidly; a complex for cruise ships was opened near Castries in 1987.

African, East Indian, French, and English heritage have inspired Saint Lucia’s history. Saint Lucian French Creole or Kwéyòl, spoken by almost all of the population, is one of the secondary languages. Bananas, cardboard cartons, apparel, coconut products, and electronic goods are the principal exports. The United States, Trinidad and Tobago, the United Kingdom, Barbados, and Dominica are Saint Lucia’s main trading partners. Meat, power, and manufactured products are imported.