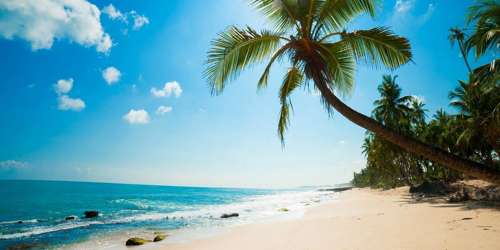 St Martin’s Island is a small island in the northeast of the bay of bengal, about 9 km south of the Cox’s Bazar-Teknaf peninsular tip and forming the southernmost part of Bangladesh.

South along the coast from Cox’s Bazar, St Martin’s Island is Bangladesh’s only coral island, and for once the beaches actually match the hype. The island is fairly small – about 8km in length and rarely more than 1km wide – so it’s easy to navigate. Rickshaws are available, but you can also just walk around it from beach to beach. The population lives primarily off fishing, but increasingly from the domestic tourism industry. As unregulated tourism booms, St Martin’s is becoming an increasingly stressed environment. The first settlement started 250 years ago by Arabian sailors who named the island ‘Jazeera’. During British occupation the island was named St. Martin Island. During the First Anglo-Burmese War between the British and Burmese empires in 1824–1826, rival claims to the island were a major factor. The local names of the island are “Narikel jinjira”[3] which means ‘Coconut Island’ in Bengali, and “Daruchini Dwip” which means “Cinnamon island” in Bengali. It is the only coral island in Bangladesh.

It is about 8 km west of the northwest coast of Myanmar at the mouth of the river naf. The island lies between 92°18´ and 92°21´E longitudes and 20°34´ and 20°39´N latitudes. The local people call it Narikel Jinjira. It is almost flat and is 3.6m above the mean sea level. The 9.66 km wide channel between the mainland and the island is much shallower than the open sea southwest of the island. There are reefs from 10-15 km to the west-northwest. The island is 7.315 km long and is aligned NNW and SSE. Geographically, it is divided into three parts. The northern part is called Narikel Jinjira or Uttarpara and is 2,134m long and 1,402m wide. The southern part is known as Dakshinpara, which is 1,929m long, with a narrow tail of 1,890m towards the southeast, and a maximum width of 975m. A narrow central belt or Maddhyapara connects the two parts. The length and the width of this belt are about 1,524m and 518m respectively and the narrowest collar is known as Golachipa. In addition to the main island there are a number of tiny islets ranging from 100 to 500 sq m, which are locally known as Chheradia or Siradia, which means separated island. There is a shallow lagoon in the middle of Uttarpara and it is connected to the sea during high tide by a narrow channel on the western coast. The topsoil of Uttarpara consists of alluvial sands mixed with shells of molluscs. There are two small dead lagoons and a stretch of marshy land in Dakshinpara. Fish landing sites, bazars and schools are present only in Uttarpara.

If you are done partying in Cox’s Bazar, St. Martin’s Island is the right place to calm down your soul. This coral island is about 10km (6mi) south-west of the southern tip of the mainland is a tropical cliché, with beaches fringed with coconut palms and bountiful marine life. This island has the most amazing blue water. Far from the maddening crowd, the serenity in this island will help your meditate and purify your soul. This air is so fresh and soothing. And the water is clearer than crystal. During any moonlight in St. Island you may end up deciding to stay in this island forever. And sea-foods here are not only delicious, but also abundant in variation.