The ‘Bélmez Faces’ or the ‘Faces of Bélmez’ is an alleged paranormal phenomenon in a private house of Spain, which was started in 1971. Residents of the house claimed that images of various faces appeared and disappeared. 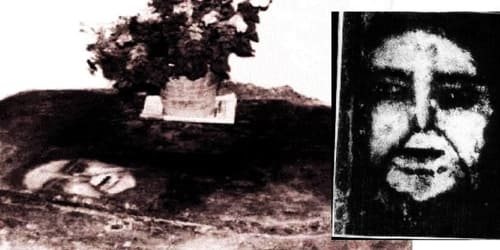 These faces were noticed on the concrete floor of the house. Located at the Pereira family home at Calle Real 5, Bélmez de la Moraleda, Jaén, Andalusia, Spain, the Bélmez faces have been responsible for bringing large numbers of sightseers to ‘Bélmez’.

Various faces have emerged and also vanished at irregular intervals since 1971. Visitors and local newspapers have claimed that they have captured these many times. The opinion behind the facts and history of this particular phenomenon differ. People believe that these faces are not formed or made by Human beings rather this is a thought graphic phenomenon that is produced by the owner of the house unconsciously.

To witness the wonder many flocks to the place.

Reports of appearances in Bélmez began on 23rd August 1971, when María Gómez Cámara claimed that a human face formed spontaneously on her concrete kitchen floor. María’s husband, Juan Pereira and their son, Miguel, destroyed the image with a pickaxe and new concrete was laid down. However, the Pereira story goes, a new face formed on the floor. The mayor of Bélmez was informed and forbade the destruction of the new face. Instead, the floor concrete was cut out and taken for study. 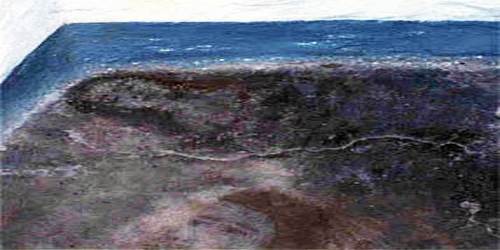 Researchers have confirmed that unlike other psychic claims this case is falsifiable. These faces are fixed or drawn on the floor. However, the reports are not conclusive. Cynic researchers had performed extensive and broad tests on the images of the faces and it is demonstrated that fakery is involved in this mystical phenomenon.

Some researchers hypothesized that the images were thought graphic in nature, meaning that the faces were a psychokinetic phenomenon where a human agent was either consciously, or subconsciously, projecting the images onto the floor. In this case, the human agent was Maria Pereira. In support of this hypothesis, it was observed that the facial expressions of the images would often mimic Maria’s emotions and that the activity would subside when Maria was away from the house.

Scientific studies carried out on a Bélmez face were performed by the Instituto de Cerámica y Vidrio or ICV (Institute of Ceramics and Glass), with samples from two of the faces recovered by Father J.M. Pilón’s team in September 1990. The samples, one 30 milligrams, the other 60 milligrams, were subjected to various tests such as granulometric, mineralogical and chemical. According to Carballal, “The result, expressed in extremely abridged form, was that no traces of paint were found at any place.” Carballal does not mention which faces were analyzed, nor which part of the faces correspond to each of the samples, nor what kind of mineralogical or chemical analysis was performed.

Maria Gomez Pereira passed away on the morning of February 3rd, 2004 at the age of 85 years. Hundreds came from all over Spain to pay their final respects. After her death, the popular psychic researcher Pedro Amorós tried to discover more thought graphic appearances in María’s house. A new wave of Bélmez faces thus took place. However, Amorós’ claims have been debunked in the Spanish media.

In November 2004 the newspaper El Mundo published the article “New Belmez Faces Faked by ‘Ghostbusters’ and Municipal Government.” Some thought that the phenomenon would cease with her passing, however, investigations after her death showed that the faces were still evolving and moving about the floor. At last word, the phenomenon still continues to this day.