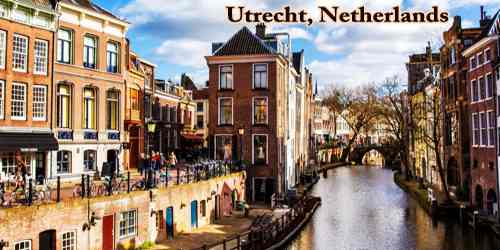 Utrecht (/ˈjuːtrɛkt/ YOO-trekt, also UK: /juːˈtrɛxt/ yoo-TREKHT, Dutch: ˈytrɛxt), is over 2,000 years old, a place where Roman garrisons were once stationed and the most powerful political and religious epicenter of the region was housed in the 16th century is now the 4th largest city in the Netherlands and a great place to visit. It lies along the Kromme Rijn (Winding, or Crooked, Rhine), Oude (Old) Rijn, and Vecht rivers and the Amsterdam–Rijn Canal. Its original Roman name, Trajectum ad Rhenum (Ford on the Rhine), later became Ultrajectum, and then Utrecht. It had a population of 357,179 as of 2019. 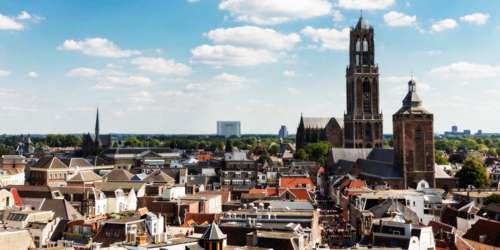 Utrecht’s ancient city center features many buildings and structures, several dating as far back as the High Middle Ages. It has been the religious center of the Netherlands since the 8th century. It lost the status of prince-bishopric but remains the main religious center in the country. Utrecht was the most important city in the Netherlands until the Dutch Golden Age when it was surpassed by Amsterdam as the country’s cultural center and most populous city.

Utrecht has a compact city center that can easily be discovered by foot in a day. Don’t skip the grand Dom Tower, the canals and wharves, and the impressive Centraal Museum with the largest Rietveld furniture collection in the world.

Utrecht was chartered in 1122 and had a city council as early as 1304. Utrecht’s greatest prosperity was in the 11th and 12th centuries, but throughout the Middle Ages, it remained the most powerful and important town in the northern Netherlands. Under its bishops, it became the capital of a powerful principality and a cultural, commercial, and industrial (mainly cloth-weaving) center until it was surpassed by Amsterdam (26 miles (42 km) northwest) in the 15th century.

In 1713, Utrecht hosted one of the first international peace negotiations when the Treaty of Utrecht settled the War of the Spanish Succession. Beginning in 1723, Utrecht became the center of the non-Roman Old Catholic Churches in the world. In the early 19th century, the role of Utrecht as a fortified town had become obsolete. The fortifications of the Nieuwe Hollandse Waterlinie were moved east of Utrecht. The town walls could now be demolished to allow for expansion. The moats remained intact and formed an important feature of the Zocher plantsoen, an English style landscape park that remains largely intact today.

Utrecht is the seat of Roman Catholic and Old Catholic (Jansenist) archdioceses and of the county court of law. Utrecht is host to ‘Utrecht University’ (1636), one of the oldest and largest of the Dutch state universities, has many special schools and a library partly housed in the palace of King Louis Napoleon. Utrecht has numerous museums, including the Central Museum (art, history, and archaeological findings), the Netherlands Railway Museum, the Netherlands Gold and Silver Museum, the Clock and Watchmaking Museum, the Museum of Modern Religious Art, the Old Catholic Museum, and the National Museum “from Music Box to Barrel Organ.” 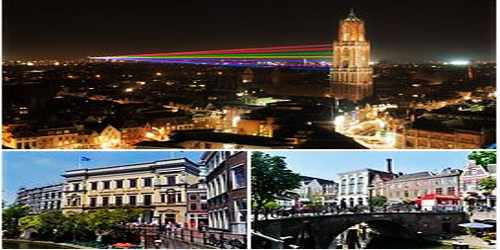 A little outside the city center (yes, be Dutch and hop on a bike) visitors or travelers can visit the iconic, one of a kind Rietveld-Schröder house, or one of the castles surrounding the city, like Haarzuilens or Slot Oud-Zuilen. The gorgeous historic buildings will take them back to the Middle Ages as they take on the amazing Utrecht.

Due to the past importance of Utrecht as a religious center, several monumental churches were erected, many of which have survived. Most prominent is the Dom Church. Other notable churches include the romanesque St Peter’s and St John’s churches; the gothic churches of St James and St Nicholas; and the Buurkerk, now converted into a museum for automatically playing musical instruments.

The city is the headquarters of the Netherlands’ railroads and trades on its location as a service and transport center. Education is also an important economic activity. In addition, there is a diversified manufacturing sector. Utrecht city has an active cultural life, and in the Netherlands is second only to Amsterdam. There are several theatres and theatre companies. In 2017 Utrecht was named as a UNESCO City of Literature.