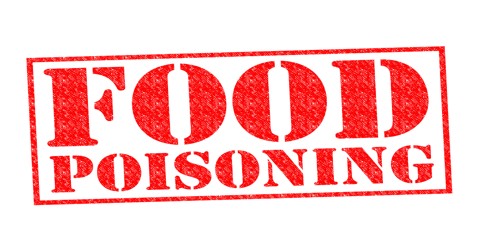 Food Poisoning is defined as any disease of an infectious or toxic nature caused by the consumption of food or drink. The term is most often used to describe the illness, usually diarrhoea and/or vomiting caused by bacteria, viruses or parasites. More than 250 different diseases can cause food poisoning. Very occasionally poisonings from chemicals may be the cause. In most cases of food poisoning, the food is contaminated by bacteria, such as salmonella or Escherichia coli (E. coli), or a virus, such as the norovirus. Infectious organisms or their toxins can contaminate food at any point of processing or production. Contamination can also occur at home if food is incorrectly handled or cooked.

Food poisoning symptoms, which can start within hours of eating contaminated food, often include nausea, vomiting or diarrhea. Most often, food poisoning is mild and resolves without treatment. But some people need to go to the hospital. Most food poisoning can be traced to one of the following three major causes:

Bacteria: Bacteria are by far the most prevalent cause of food poisoning. When thinking of dangerous bacteria, names like E. coli, listeria and salmonella come to mind for good reason. Campylobacter and C. botulinum (botulism) are two lesser known and potentially lethal bacteria that can lurk in our food.

Parasites: Food poisoning caused by parasites is not as common as food poisoning caused by bacteria, but parasites spread through food are still very dangerous. Toxoplasma is the most often seen parasite in cases of food poisoning. It’s typically found in cat litter boxes. Parasites can live in your digestive tract undetected for years. However, those with weakened immune systems and pregnant women risk serious side effects if parasites take up residence in their intestines.

Viruses: Food poisoning can also be caused by a virus. The Norovirus, also known as the Norwalk virus, causes over 19 million cases of food poisoning each year, and in rare cases, it can be fatal. Sapovirus, Rotavirus, and Astrovirus bring on similar symptoms, but they’re less common. Hepatitis A virus is a serious condition that can be transmitted through food. Food poisoning symptoms vary with the source of contamination. Most types of food poisoning cause one or more of the following signs and symptoms:

Signs and symptoms may start within hours after eating the contaminated food, or they may begin days or even weeks later. Sickness caused by food poisoning generally lasts from a few hours to several days. Diagnosed and Treatment for Food Poisoning

Doctor may be able to diagnose the type of food poisoning based on patients symptoms. In severe cases, blood tests, stool tests, and tests on food that they have eaten may be conducted to determine what is responsible for the food poisoning. Doctor may also use a urine test to evaluate whether or not an individual is dehydrated as a result of food poisoning.

Treatment of food poisoning is mainly done with fluids to avoid dehydration, especially in children and the elderly. Some patients may benefit from medication to reduce nausea and vomiting. The use of medications like loperamide (Imodium) to treat diarrhea is often not advised as it may prolong symptoms or cause additional problems. Antibiotics are not used to treat viral and most bacterial causes of food poisoning but may be used in certain circumstances.

Severe bacterial infections and pregnant women with listeriosis will get antibiotics; some other pathogens such as certain parasites may be treated with antiparasitic medications. Other relatively rare causes of food poisoning may require special medications.