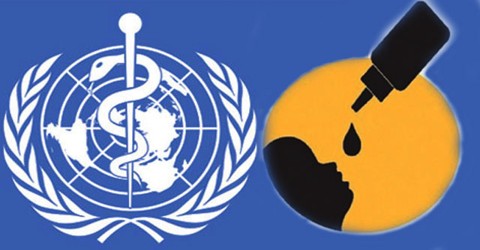 How can Polio be Eradicated?

We are nearer than ever to ending polio. In 1988 there were 350,000 cases of polio in the world and in 2014, only 359. The eradication attempt was founded on the idea that polio, once the leading reason of disability, can be prevented through a cost-effective, simply administered vaccine that is one of the miracles of current medicine. That polio continues to paralyze even a single child, even in the most insecure and poverty-stricken areas of the world, is unconscionable. It is our united accountability to address this inequity. Most people contaminated with the polio virus have no symptoms, however for the less than one percent who grow paralysis (cannot move arms or legs) it might result in eternal disability and even death. There are two types of vaccine that shield against polio:

Most people should get polio vaccine when they are children. Children should be vaccinated with four doses of inactivated polio vaccine (IPV) at the following ages:

The majority adults do not need polio vaccine because they were previously vaccinated as children. But three groups of adults are at superior risk and should regard as polio vaccination in the following situations:

Adults in these three groups who have never been vaccinated against polio should get three doses of IPV:

Adults in these three groups who have had one or two doses of polio vaccine in the past should get the enduring one or two doses. It doesn’t matter how long it has been since the earlier dose(s). How to Spread Poliovirus

Poliovirus can be spread in numerous ways: direct person-to-person contact, contact with infected mucus or phlegm or contact with infected feces. While about 95 percent of people exposed to and infected by the poliovirus do not grow symptoms, a tiny percentage of those infected will experience mild, flu-like symptoms, maybe fever, and stiffness in the neck and back. Less than one percent experiences a stern infection. The poliovirus invades the nervous system. Severe infections generally result in enduring paralysis, and, if the poliovirus hits the respiratory system, the infection can result in death. There is no cure for polio.

The globe-trotting, multilateral, public-private partnership to ensure a “polio-free world” is sure to be the benchmark of all future public health programs. The polio struggle has also taught valuable lessons which will be useful to fight malaria, TB, HIV/AIDS, and all such diseases which humans desire to conquer. With more than 8 billion US $ of international investment and the efforts of 20 million volunteers across 200 nations across the world, mankind cannot afford to be negligent in the final lap to eradicate polio from the face of the planet. The feat when achieved will not only be a scientific accomplishment but also a showcase of how much can be achieved in spite of adversities if mankind fights as one.

The need now is not to be lax with regard to polio, step up surveillance, and continue funding polio efforts. Polio anywhere is after all polio everywhere.

The Global Polio Eradication Initiative team estimates that global eradication will cost $5.5 billion over the next five years. In the past, gaps in funding have slowed campaigns, resulting in lost time and resurging outbreaks. This time, they hope to raise the full amount of money needed before beginning the campaign. Expected donors include Rotary International, the Bill and Melinda Gates Foundation and government aid.

World Polio Day was established by UNICEF partner Rotary International to commemorate the birth of Jonas Salk who led the first team to develop a vaccine against poliomyelitis. Rotary typically leads extensive commemorative events during the entire week leading up to 24 October. This year the joint Rotary-UNICEF WPD event will take place in New York on October 23, 2015 and will be livestreamed online and recorded as well.

The World Health Organization, US Centers for Disease Control, Bill & Melinda Gates Foundation, Global Poverty Project and UN Foundation are the other main institutional supporters of the Global Polio Eradication Initiative (GPEI) and will all also be engaging in World Polio Day (and Week) activities.