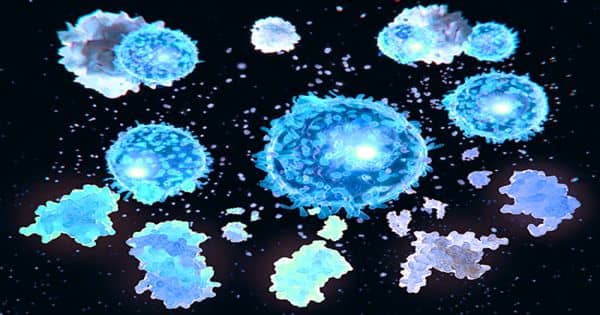 Cytokine Storm – an overreaction of the body’s immune system

A cytokine storm is an overreaction of the body’s immune system. It can occur as a result of an infection, autoimmune condition, or other diseases. It can be deadly. They are known to happen in autoimmune diseases like juvenile arthritis. It consists of a positive feedback loop between cytokines and immune cells. They also occur during certain kinds of cancer treatment and can be triggered by infections, like the flu.

Cytokine storm is an umbrella term encompassing several disorders of immune dysregulation characterized by constitutional symptoms, systemic inflammation, and multiorgan dysfunction that can lead to multiorgan failure if inadequately treated.

Cytokines play an important role in normal immune responses, but having a large amount of them released in the body all at once can be harmful. It is believed that cytokine storms were responsible for many of the deaths during the 1918 influenza pandemic, which killed a disproportionate number of young adults. It is important for the clinician to recognize cytokine storm because it has prognostic and therapeutic implications. In this case, a healthy immune system may have been a liability rather than an asset. When the cytokines that raise immune activity become too abundant, the immune system may not be able to stop itself. Immune cells spread beyond infected body parts and start attacking healthy tissues, gobbling up red and white blood cells and damaging the liver.

Cytokine storms are a common complication not only of covid-19 and flu but of other respiratory diseases caused by coronaviruses such as SARS and MERS. Signs and symptoms include high fever, inflammation (redness and swelling), and severe fatigue and nausea. Sometimes, a cytokine storm may be severe or life threatening and lead to multiple organ failure. Also called hypercytokinemia.

Preliminary research results from Hong Kong also suggest this as the probable reason for many deaths during the SARS epidemic in 2003. Researchers aren’t sure what percentage of severely ill patients will die from a cytokine storm, or even why some people who are infected will go on to have this reaction, while others won’t. Human deaths from the bird flu H5N1 usually involve cytokine storms as well.