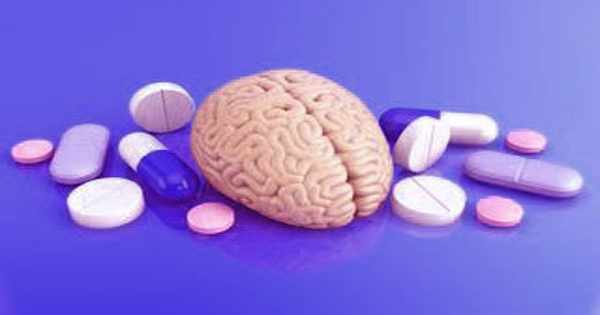 Before reaching their second birthday, the average child in the United States receives three different antibiotic treatments. Researchers from Rutgers University have discovered that early antibiotic exposure may interfere with brain development in areas responsible for both cognitive and emotional functioning.

According to a Rutgers researcher, early antibiotic exposure may alter human brain development in areas responsible for cognitive and emotional functions. Recent animal model evidence suggests that gut microbiota can influence brain chemistry, which in turn influences behavior. However, we have no idea how this happens. We also don’t know how early-life disruption of normal gut microbiota, such as antibiotic use, may influence brain development and potentially contribute to behavioral and/or mood disorders.

The laboratory study, published in the journal iScience, suggests that penicillin affects the microbiome (the trillions of beneficial microorganisms that live in and on our bodies) as well as gene expression, which allows cells to respond to changes in their environment, in key areas of the developing brain. To avoid neurodevelopmental problems, the researchers recommend limiting widespread antibiotic use or using alternatives whenever possible.

Antibiotic exposure early in life could alter human brain development in areas responsible for cognitive and emotional functions, according to researchers.

Penicillin and related antibiotics (such as ampicillin and amoxicillin) are the most commonly used antibiotics in children around the world. Before the age of two, the average child in the United States receives nearly three courses of antibiotics. Many other countries have similar or higher levels of exposure.

“Previously, we discovered that exposing young animals to antibiotics alters their metabolism and immunity. The brain is involved in the third important development in early life. This is a preliminary study, but it shows a link between changing the microbiome and changes in the brain that should be investigated further “Martin Blaser, director of Rutgers’ Center for Advanced Biotechnology and Medicine, is the study’s lead author.

The mice that were exposed to low-dose penicillin in utero or immediately after birth were compared to those that were not. They discovered that mice given penicillin had significantly altered intestinal microbiota as well as altered gene expression in the frontal cortex and amygdala, two key areas of the brain responsible for memory development as well as fear and stress responses.

The study’s authors believe their findings make a compelling case for reducing widespread antibiotic use in order to avoid neurodevelopmental issues. Worryingly, penicillin and other similar drugs such as ampicillin and amoxicillin are the most commonly prescribed antibiotics for young children.

A growing body of evidence connects intestinal phenomena with brain signaling, a field of study known as the “gut-brain axis.” If this pathway is disrupted, it can cause permanent changes in the structure and function of the brain, as well as neuropsychiatric or neurodegenerative disorders in later childhood or adulthood.

These findings were made by comparing two groups of mice. The researchers gave one group of babies low-dose penicillin while they were still in the womb, while the other did not. The intestinal microbiota of mice given penicillin changed significantly. Additionally, those mice had altered gene expression in their brain’s frontal cortex and amygdala. Memory development, as well as fear and stress responses, rely on both of these areas.

“Early life is a critical period for neurodevelopment,” explained Blaser. “Childhood neurodevelopmental disorders, such as autism spectrum disorder, attention-deficit/hyperactivity disorder, and learning disabilities, have become more common in recent decades. Although increased awareness and diagnosis are most likely factors, disruptions in cerebral gene expression early in development could also be to blame.”

Future research is needed to determine whether antibiotics have a direct effect on brain development or whether molecules from the microbiome that travel to the brain disrupt gene activity and cause cognitive deficits. There is growing concern about the potential long-term effects of antibiotics on the health of children. Early-life antibiotic exposure has been shown in epidemiological studies to increase the risk of developing immune and metabolic diseases, and rodent studies have shown that high doses of antibiotics have long-term effects on brain neurochemistry and behavior.

The successful completion of this project will result in a better understanding of the mechanisms underlying the link between gut bacteria and the brain. It will shed light on the potential role of gut microbiota disruption in the development of mood and behavioral disorders. This knowledge may aid researchers in developing novel approaches to mental health maintenance.