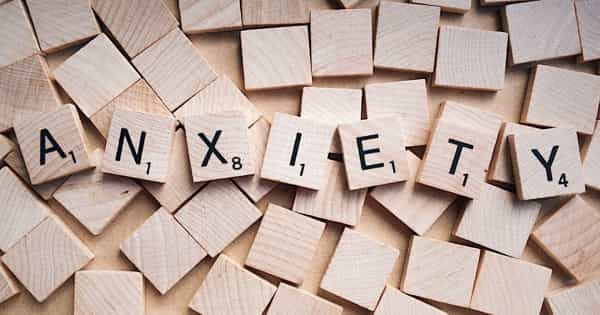 Exercise May Reduce the Risk of Anxiety by Nearly 60%

Anxiety disorders, which typically manifest themselves early in a person’s life, are estimated to affect 10% of the world’s population and have been found to be twice as common in women as in men. While exercise is promoted as a promising treatment for anxiety, little is known about the effect of exercise dose, intensity, or physical fitness level on the risk of developing anxiety disorders.

A quick online search for ways to improve our mental health will frequently yield a plethora of different results. However, one of the most common recommendations for achieving wellness – and preventing future issues – is to engage in some physical activity, whether it is a walk or participation in a team sport.

To help answer this question, Swedish researchers published a study in Frontiers in Psychiatry showing that participants in the world’s largest long-distance cross-country ski race (Vasaloppet) between 1989 and 2010 had a “significantly lower risk” of developing anxiety compared to non-skiers during the same time period. The study is based on data from nearly 400,000 people in one of the largest population-wide epidemiology studies of both sexes ever conducted.

Those who exercise regularly may lower their risk of developing anxiety by 60%, researchers report. The study is based on data from almost 400,000 people in one of the largest ever population-wide epidemiology studies across both sexes.

“We discovered that the group with a more physically active lifestyle had a nearly 60% lower risk of developing anxiety disorders over a 21-year follow-up period,” said Martine Svensson, first author of the paper, and her colleague and principal investigator, Tomas Deierborg, of the Department of Experimental Medical Science at Lund University in Sweden.

“This link between physical activity and a lower risk of anxiety was observed in both men and women.” However, the authors discovered a significant difference in exercise performance level and anxiety risk between male and female skiers.

“Importantly,” they added, “the total risk of anxiety was still lower among high-performing women compared to the more physically inactive women in the general population.” According to the researchers, these findings are relatively uncharted territory for scientific research because most previous studies focused on depression or mental illness rather than specifically diagnosed anxiety disorders. Furthermore, some of the largest studies on the subject only included men, had much smaller sample sizes and had either limited or no follow-up data to track the long-term effects of physical activity on mental health.

Next steps for research

The unexpected discovery of a link between physical performance and the risk of anxiety disorders in women emphasized the scientific significance of these findings for future research. “Our findings suggest that the relationship between anxiety symptoms and exercise behavior may not be linear,” Svensson said.

“Exercise behaviors and anxiety symptoms are likely to be influenced by genetics, psychological factors, and personality traits, which we were unable to investigate in our cohort. There is a need for more research into the factors that drive these differences between men and women when it comes to extreme exercise behaviors and how they affect the development of anxiety.”

They went on to say that randomized intervention trials, as well as long-term objective measurements of physical activity in prospective studies, are required to assess the validity and causality of the association they discovered.

But, in comparison to other forms of exercise, does this mean that skiing, in particular, can play an important role in reducing anxiety? Svensson and Deierborg argue that this is not the case, citing previous research that has shown the benefits of physical activity on our mental health.

“We believe this cohort of cross-country skiers is a good proxy for an active lifestyle, but there may also be a component of skiers being more outdoors,” they wrote. “Studies focusing on specific sports may find slightly different results and magnitudes of the associations, but this is most likely due to other important factors affecting mental health that are difficult to control in research analysis.”