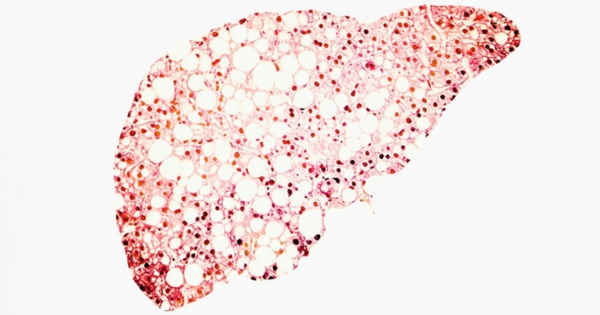 Nonalcoholic fatty liver disease (NAFLD) is the most common type of liver disease in the Western world, and its prevalence is rapidly increasing. NAFLD is a spectrum disease that ranges from simple steatosis, which is hepatically benign, to nonalcoholic steatohepatitis (NASH), which can progress to cirrhosis.

Researchers discovered how non-alcoholic fatty liver disease can progress into a potentially fatal complication. Their discovery will hasten the hunt for therapeutic solutions. Helmholtz Zentrum München led the study, which was conducted in collaboration with Heidelberg University Hospital and the German Center for Diabetes Research.

Non-alcoholic fatty liver disease is the most common liver disorder in the world, affecting approximately 25% of the global population. It affects over 90% of obese people, 60% of diabetics, and up to 20% of normal-weight people. The accumulation of fat in the liver is a key feature of the condition.

Researchers revealed how non-alcoholic fatty liver disease can develop into a life-threatening complication. Their discovery will accelerate the search for therapeutic solutions.

In patients with non-alcoholic fatty liver disease, liver fibrosis is a strong predictor of long-term mortality. The mechanisms underlying the progression from a relatively benign fatty liver state to advanced non-alcoholic steatohepatitis and liver fibrosis are unknown. “Understanding the mechanism by which this condition becomes life-threatening is critical in our pursuit of therapeutic solutions and preventative measures,” Stephan Herzig said.

Loss of identity results in dysfunction

The researchers used comparative genomics to investigate mechanisms that regulate the development and specialized functions of the hepatocyte, the most abundant cell type in the liver. “Our findings show that during the progression to non-alcoholic steatohepatitis, hepatocytes suffer from partial identity loss and are re-programmed,” said Anne Loft, the study’s first co-author.

The reprogramming of hepatocytes is tightly controlled by a network of proteins that act as molecular switches, known as ‘transcription factors.’ Hepatocytes become dysfunctional as a result of their activity. The network of transcription factors that controls this process is also involved in the progression of fibrosis. “These findings are significant because they shed light on the cellular mechanisms that underpin non-alcoholic steatohepatitis. Understanding the role of protein networks and hepatocyte identity loss provides us with potential intervention targets for the development of effective therapies “says Ana Alfaro, the article’s first co-author.

Based on these findings, it will now be possible to develop novel approaches to effectively target specific nodes in the protein network to prevent disease progression or even reverse existing fibrosis, which has previously been impossible.

Stephan Herzig is the Helmholtz Diabetes Center Director at Helmholtz Zentrum München. He is a Professor of Molecular Metabolic Control at the Technical University of Munich, as well as an Honorary Professor at Heidelberg University. The study’s first co-authors are Helmholtz Zentrum München’s Anne Loft and Ana Alfaro. All are affiliated with the German Center for Diabetes Research (DZD).