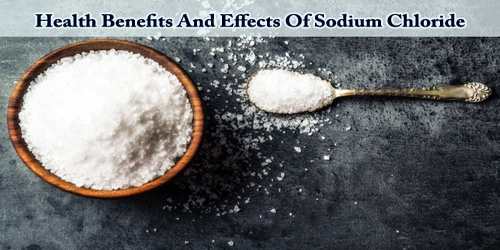 Sodium chloride is commonly known as salt. It is one of the most abundant minerals on Earth and an essential nutrient for many animals and plants, including people. Sodium is an electrolyte that regulates the amount of water in our body. Sodium also plays a part in nerve impulses and muscle contractions. Sodium chloride is used to treat or prevent sodium loss caused by dehydration, excessive sweating, or other causes. Sodium chloride may also be used for purposes not listed in this medication guide.

Salt is found naturally at low levels in all foods, but some salt is added to many processed foods, such as: 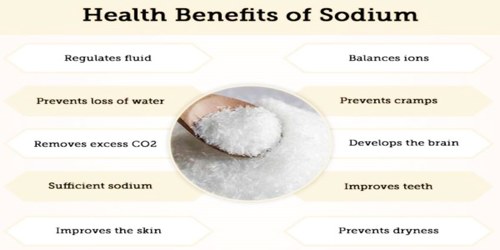 Mentioned below are the best health benefits of Sodium:

Get emergency medical help if any people have any of these signs of an allergic reaction: hives; difficult breathing; swelling of their face, lips, tongue, or throat.

Stop using sodium chloride and call doctor at once if people have a serious side effect such as:

This is not a complete list of side effects and others may occur.

A few practical tips for cutting down on salt include:

Having too much salt is linked to high blood pressure, which raises our risk of serious problems like strokes and heart attacks.