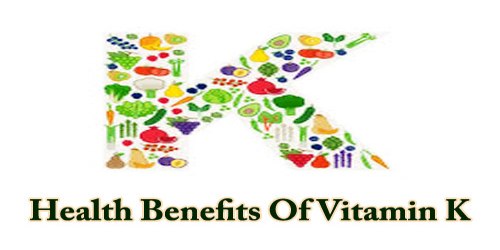 Vitamin K is known as the “blood-clotting vitamin” for its important role in healing wounds. The “K” is derived from the German word koagulation. Vitamin K also plays an important role in bone health. It refers to a group of fat-soluble vitamins that play a role in blood clotting, bone metabolism, and regulating blood calcium levels.

The body needs vitamin K to produce prothrombin, a protein, and a clotting factor that is important in blood clotting and bone metabolism. People who use blood-thinning medications, such as warfarin, or Coumadin, should not start consuming additional vitamin K without first asking a doctor.

Deficiency is rare, but, in severe cases, it can increase clotting time, leading to hemorrhage and excessive bleeding.

Vitamin K is found in:

Adults need approximately 1 microgram a day of vitamin K for each kilogram of their body weight.

A microgram is 1,000 times smaller than a milligram (mg). The word microgram is sometimes written with the Greek symbol μ followed by the letter g (μg).

Vitamin K1, or phylloquinone, comes from plants. It is the main type of dietary vitamin K. A lesser source is vitamin K2, or menaquinone, which occurs in some animal-based and fermented foods.

Vitamin K is an important factor in bone health and wound healing. Vitamin K is a fat-soluble vitamin that makes proteins for healthy bones and normal blood clotting. According to the Harvard School of Public Health, vitamin K helps produce four of the 13 proteins needed for blood clotting.

There’s not enough evidence to know what the effects might be of taking high doses of vitamin K supplements each day. Without vitamin K, the body cannot produce prothrombin, a clotting factor that is necessary for blood clotting and bone metabolism. Newborns normally receive a vitamin K injection to protect them from bleeding in the skull, which could be fatal.

The recommended adequate intake for vitamin K depends on age and gender. Women aged 19 years and over should consume 90 micrograms (mcg) a day, and men should have 120 mcg.

Research by the University of Wisconsin-Green Bay found that vitamin K has a positive effect on bone mineral density and decreases fracture risk. A report by the Brigham and Women’s Hospital and Harvard Medical School found that women who get adequate amounts of vitamin K in their diet are less likely to break a hip. The U.S. Department of Agriculture Human Nutrition Research Center on Aging also found that low levels of vitamin K can lead to low bone mass density and an increase in hip fractures in women.

Health benefits of vitamin K that have been proposed but not scientifically proven include protection against heart disease, prostate cancer, and Alzheimer’s disease, said, Dr. Sherry Ross.