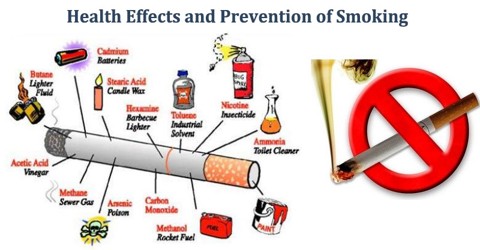 Health Effects and Prevention of Smoking

Health Effects and Prevention of Smoking

The immune system is the body’s way of protecting itself from infection and disease. Smoking compromises the immune system, making smokers more likely to have respiratory infections.

Smoking also causes several autoimmune diseases, including Crohn’s disease and rheumatoid arthritis. It may also play a role in periodic flare-ups of signs and symptoms of autoimmune diseases. Smoking doubles your risk of developing rheumatoid arthritis. It has recently been linked to type 2 diabetes, also known as adult-onset diabetes. Smokers are 30% to 40% more likely to develop type 2 diabetes than nonsmokers. Additionally, the more cigarettes an individual smokes, the higher the risk for diabetes. In men, smoking can cause impotence because it limits the blood supply to the penis. It can also reduce the fertility of both men and women.

Secondhand smoke comes from the tip of a lit cigarette and the smoke that the smoker breathes out.

Babies and children are particularly vulnerable to the effects of secondhand smoke. A child who is exposed to passive smoke is at increased risk of developing chest infections, meningitis, a persistent cough and, if they have asthma, their symptoms will get worse. They’re also at increased risk of cot death and an ear infection called glue ear. The Effects of Smoking on the Body

Tobacco smoke is enormously harmful to our health. There’s no safe way to smoke.

One of the ingredients in tobacco is a mood-altering drug called nicotine. Nicotine reaches our brain in mere seconds. It’s a central nervous system stimulant, so it makes us feel more energized for a little while. As that effect subsides, we feel tired and crave more. Nicotine is habit forming.

When we inhale smoke, we are taking in substances that can damage our lungs. Over time, our lungs lose their ability to filter harmful chemicals. Coughing can’t clear out the toxins sufficiently, so these toxins get trapped in the lungs. Smokers have a higher risk of respiratory infections, colds, and flu. Smoking damages our entire cardiovascular system. When nicotine hits our body, it gives your blood sugar a boost. After a short time, we are left feeling tired and craving more. Nicotine causes blood vessels to tighten, which restricts the flow of blood (peripheral artery disease). Blood clots and weakened blood vessels in the brain increase a smoker’s risk of stroke. Smokers who have heart bypass surgery are at increased risk of recurrent coronary heart disease. In the long term, smokers are at greater risk of blood cancer (leukemia).

Smoking also increases risk of cancer of the mouth, throat, larynx, and esophagus. Smokers have higher rates of kidney cancer and pancreatic cancer. Even cigar smokers who don’t inhale are at increased risk of mouth cancer. Smoking also has an effect on insulin, making it more likely that you’ll develop insulin resistance. That puts you at increased risk of type 2 diabetes. When it comes to diabetes, smokers tend to develop complications at a faster rate than nonsmokers. Price is probably the most powerful tool for reducing tobacco use. The relationship between price and reduction of demand for smoking is described by the price elasticity. Overall, there is a 3–4% fall in consumption for every 10% increase in price. It is often argued that the sale of tobacco should be banned entirely. Some countries, such as Finland, foresee that they may be able to ban its use in 2040 but no country in Europe is ready to ban tobacco outright today.

In 2011, the Association of European Cancer Leagues published a report into tobacco control activity in 31 countries, grading them on a 100-point scale according to their rules on pricing, smoke-free environments, tobacco advertising and promotion and packaging, as well as the provision of public information campaigns and smoking cessation services. Only five countries scored more than 60 points, with the UK taking the top spot. Eight countries scored 40 points or fewer, with Austria and Greece having the least effective control measures in place.