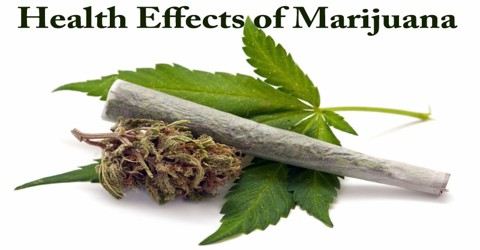 Marijuana is derived from the dried flowering tops, leaves, stems, and seeds of the Cannabis sativa (hemp) plant. Cannabis has been used for hundreds of years by humans, for fiber (hemp), seed oils, seed, medical treatment, and recreationally. It also called weed, herb, pot, grass, bud, ganja, Mary Jane, and a vast number of other slang terms—is a greenish-gray mixture of the dried, shredded leaves and flowers of Cannabis sativa, the hemp plant. Marijuana can be smoked, eaten, vaporized, brewed and even taken topically, but most people smoke it. People smoke marijuana in hand-rolled cigarettes (joints) or in pipes or water pipes (bongs). They also smoke it in blunts—emptied cigars that have been partly or completely refilled with marijuana. To avoid inhaling smoke, some people are using vaporizers. These devices pull the active ingredients (including THC) from the marijuana and collect their vapor in a storage unit. A person then inhales the vapor, not the smoke. Some vaporizers use a marijuana liquid extract.

Marijuana can also be ingested in food, often a choice of those who are using medical marijuana. Aside from the popular “pot brownie,” edible marijuana can be added to a number of foods, including candy, ice cream and butter. Some states that have legalized marijuana have issued rules for packaging and labeling “marijuana edibles.” The effects of the more than 113 cannabinoids present in cannabis are largely unknown, but the most potent psychoactive agent identified to date is THC. When a person smokes cannabis, THC is quickly absorbed into the bloodstream, reaching the brain within minutes.

Short-Term Brain Effects – When a person smokes marijuana, THC quickly passes from the lungs into the bloodstream. The blood carries the chemical to the brain and other organs throughout the body. The body absorbs THC more slowly when the person eats or drinks it. In that case, he or she generally feels the effects after 30 minutes to 1 hour.

Long-Term Brain Effects – Marijuana also affects brain development. When marijuana users begin using as teenagers, the drug may reduce attention, memory, and learning functions and affect how the brain builds connections between the areas necessary for these functions.

Marijuana’s effects on these abilities may last a long time or even be permanent. This means that someone who uses marijuana may not do as well in school and may have trouble remembering things.

Marijuana use may have a wide range of effects, both physical and mental.

Increased Heart Rate – Marijuana raises heart rate for up to 3 hours after smoking. This effect may increase the chance of heart attack. Older people and those with heart problems may be at higher risk.

Problems with child development during and after pregnancy – Marijuana use during pregnancy is linked to lower birth weight6 and increased risk of both brain and behavioral problems in babies. If a pregnant woman uses marijuana, the drug may affect certain developing parts of the fetus’s brain. Resulting challenges for the child may include problems with attention, memory, and problem-solving. It is also important to remember that marijuana affects children differently than adults. Since marijuana has become legal in some states, children have accidentally eaten marijuana products that looked like candy and treats, which made them sick enough to need emergency care.