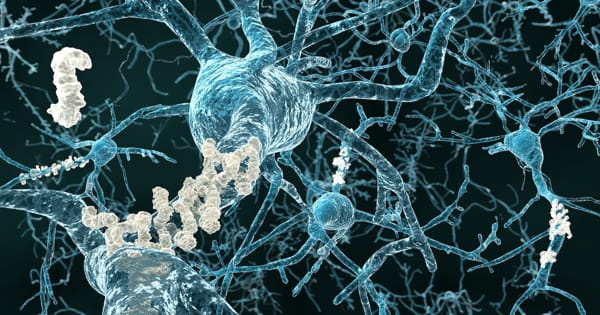 Neuroinflammation is the primary cause of the spread of pathologically misfolded proteins in the brain and causes cognitive impairment in Alzheimer’s disease patients, according to researchers from the University of Pittsburgh School of Medicine in a paper published today in Nature Medicine.

Alzheimer’s disease results in the death of nerve cells and tissue loss throughout the brain. The brain shrinks dramatically over time, affecting nearly all of its functions. For the first time, the researchers demonstrated in living patients that neuroinflammation – or activation of the brain’s resident immune cells, known as microglial cells – is more than just a side effect of disease progression; rather, it is a critical upstream mechanism required for disease development.

Neuroinflammation is the key driver of the spread of pathologically misfolded proteins in the brain and causes cognitive impairment in patients with Alzheimer’s disease, researchers reveal in a new article.

“As a young resident neurologist in my home country of Brazil, I observed that many patients with Alzheimer’s disease were neglected and lacked access to appropriate care,” said lead author Tharick Pascoal, M.D., Ph.D., assistant professor of psychiatry and neurology at Pitt. “Our findings suggest that combining therapies aimed at reducing amyloid plaque formation and limiting neuroinflammation may be more effective than addressing each pathology separately.”

Alzheimer’s disease is distinguished by the formation of amyloid plaques, which are protein aggregates lodged between nerve cells in the brain, and clumps of disordered protein fibers, known as tau tangles, which form inside the nerve cells. Despite ample evidence from studies in cultured cells and lab animals that microglial activation drives the spread of tau fibers in Alzheimer’s disease, this process has never been proven in humans.

For decades, researchers have concentrated their efforts against Alzheimer’s disease on two proteins: amyloid-beta and tau. Their accumulation in the brain is frequently used as a defining indicator of the disease. Patients should do better if the amyloid and tau are removed, the thinking goes.

Tens of billions of neuron specialized cells that process and transmit information via electrical and chemical signals are found in a healthy human brain. They communicate between different parts of the brain as well as between the brain and the muscles and organs of the body. Alzheimer’s disease disrupts neuronal communication, resulting in loss of function and cell death.

The findings of the study suggest that targeting neuroinflammation may be beneficial for people with early-stage Alzheimer’s disease, as it may help reverse or at least slow the accumulation of pathologic tau protein in the brain, thereby preventing dementia.

The researchers used live imaging to look deep into the brains of people with various stages of Alzheimer’s disease and healthy aging individuals to determine the mechanism by which disordered tangles of tau protein fibers and amyloid plaques spread across the brain and lead to dementia.

Neuroinflammation was found to be more prevalent in older people, and it was even more pronounced in patients with mild cognitive impairments and Alzheimer’s disease-associated dementia. Bioinformatics analysis confirmed that tau propagation was dependent on microglial activation – a key factor linking the effects of amyloid plaque aggregation to tau spread and, eventually, cognitive impairment and dementia.

“Many elderly people have amyloid plaques in their brains but never develop Alzheimer’s disease,” Pascoal explained. “We know that amyloid accumulation alone isn’t enough to cause dementia; our findings suggest that it’s the interaction between neuroinflammation and amyloid pathology that causes tau propagation and, eventually, widespread brain damage and cognitive impairment.”

In healthy aging, the brain shrinks to some extent but, surprisingly, does not lose a large number of neurons. However, in Alzheimer’s disease, the damage is widespread, as many neurons cease to function, lose connections with other neurons, and die. Alzheimer’s disease disrupts processes that are essential to neurons and their networks, such as communication, metabolism, and repair.