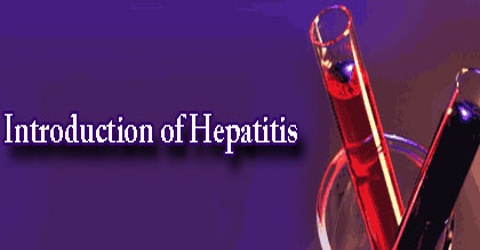 Hepatitis means injury to the liver with inflammation of the liver cells. It may be temporary (acute) or long term (chronic) depending on whether it lasts for less than or more than six months. Acute hepatitis can sometimes resolve on its own, progress to chronic hepatitis, or rarely result in acute liver failure. Over time the chronic form may progress to scarring of the liver, liver failure, or liver cancer. Viruses cause most cases of hepatitis. The type of hepatitis is named for the virus that causes it; for example, hepatitis A, hepatitis B or hepatitis C. Drug or alcohol use can also cause hepatitis. In other cases, your body mistakenly attacks healthy cells in the liver.

Connection between Hepatitis and the Liver

The liver is the largest gland in the human body. It weighs approximately 3 lb (1.36 kg). It is reddish brown in color and is divided into four lobes of different sizes and lengths. It is also the largest internal organ (the largest organ is the skin). It is below the diaphragm on the right in the thoracic region of the abdomen. Blood reaches the liver through the hepatic artery and the portal vein. The portal vein carries blood containing digested food from the small intestine, while the hepatic artery carries oxygen-rich blood from the aorta. Hepatitis can heal on its own with no significant consequence, or it can progress to scarring of the liver. Acute hepatitis lasts under six months, while chronic hepatitis lasts longer.

Most liver damage is caused by 3 hepatitis viruses, called hepatitis A, B and C. However, hepatitis can also be caused by alcohol and some other toxins and infections, as well as from our own autoimmune process, the body attacks itself.

Not all forms of hepatitis are infectious. Alcohol, medicines, and chemical may be bad for the liver and cause inflammation. A person may have a genetic problem, a metabolic disorder, or an immune related injury. Obesity can be a cause of liver damage which can lead to inflammation. These are known as non-infectious, because they cannot spread form person-to-person. The liver has a wide range of functions, including:

Causes and Symptoms of Hepatitis

There are five main types of hepatitis that are caused by a virus, A, B, C, D, and E – plus types X and G. Causes of hepatitis can be divided into the following major categories: infectious, metabolic, ischemic, autoimmune, genetic, and other. Infectious agents include viruses, bacteria, and parasites. Toxins, drugs, alcohol, and non-alcoholic fatty liver disease are metabolic causes of liver injury and inflammation. Autoimmune and genetic causes of hepatitis involve genetic predispositions and tend to affect characteristic populations. Hepatitis can also occur in neonates and is attributable to a variety of causes, some of which are not typically seen in adults. Congenital or perinatal infection with the hepatitis viruses, toxoplasma, rubella, cytomegalovirus, and syphilis can cause neonatal hepatitis.

The most common symptoms of hepatitis are:

Long-term (chronic) hepatitis also may not have any obvious symptoms until the liver stops working properly (liver failure) and may only be picked up during blood tests.

Treatment and Prevention of Hepatitis Many people with hepatitis will prefer bed rest, though it is not necessary to avoid all physical activity while recovering. A high-calorie diet is recommended. Many people develop nausea and cannot tolerate food later in the day, so the bulk of intake may be concentrated in the earlier part of the day. In the acute phase of the disease, intravenous feeding may be needed if patients cannot tolerate food and have poor oral intake subsequent to nausea and vomiting. People with hepatitis should avoid taking drugs metabolized by the liver. Glucocorticoids are not recommended as a treatment option for acute viral hepatitis and may even cause harm, such as development of chronic hepatitis.

Universal precautions should be observed, but isolation is not strictly necessary; isolation may be needed in cases of fecal incontinence in hepatitis A and E and uncontrolled bleeding in hepatitis B and C.