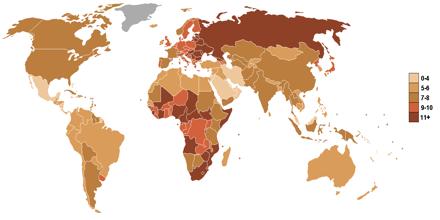 Mortality Rate is the number of deaths within a given population in a given time period. It is one of the basic factors considered in setting life insurance premium rates. It is typically expressed in units of deaths per 1,000 individuals per year; thus, a mortality rate of 9.5 (out of 1,000) in a population of 1,000 would mean 9.5 deaths per year in that entire population, or 0.95% out of the total. Mortality rate is a parameter in epidemiology for characterizing the deaths within a given population.