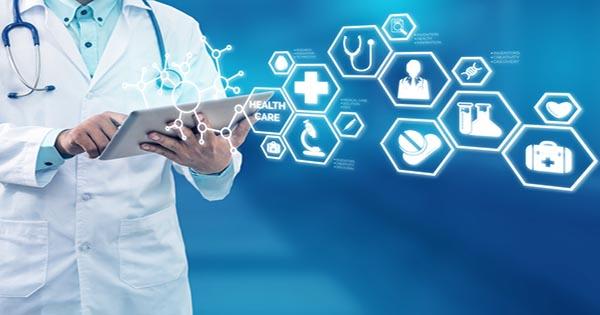 For decades, Africa’s pharmaceutical supply chain has remained fragmented, posing sourcing and distribution issues as well as quality concerns as counterfeit and inferior goods flood the market. However, the supply chain’s problems are resolvable. Chibuzo Opara and Adham Yehia are expanding the scope of DrugStoc, an e-health medication procurement platform that solves these barriers by connecting drug producers with institutions such as hospitals and pharmacies, throughout Nigeria.

DrugStoc, which just concluded a $4.4 million series fundraising round, is now on an aggressive expansion strategy to supply high-quality pharmaceutical items to Nigeria’s 100 million people. As it advances outside Lagos, the West African country’s economic core, the firm intends to expand into 16 states inside Nigeria. This is in addition to its more ambitious goal to expand outside Nigeria into other African markets. Even inside Nigeria, the availability of high-quality pharmaceutical items means saving thousands of needless fatalities, such as those caused by blood loss during delivery or children were succumbing to diarrheal infections.

“In Nigeria, we plan to go beyond the 14 million individuals we presently serve to roughly 100 million.” This would accomplished by expanding to around 16 states. Once we’ve completed the heavy work associated with that growth, we’ll turn our attention to other nations.” Africa HealthCare Master Fund led the investment round for DrugStoc (AAIC). Vested World, a Chicago-based venture business, the German Development Bank (DEG), and high-net-worth individuals with a deep interest in tech-health are among the other investors.

“We’re thrilled to be a part of the DrugStoc team.”We are pleased to support a firm that is ideally positioned to be a significant participant in the sector’s expansion in Sub-Saharan Africa,” said AAIC director Nobuhiko Ichimiya. Opara and Yehia created Drugstoc in 2015; however, the firm’s history stretches back to 2010, when the two co-formed Integra Health, a hospital management company based on Yehia’s master’s degree thesis. The two business partners met as students at Maastricht University in the Netherlands.

When they met, Opara was finishing his and Yehia was seeking an adviser for his project while obtaining a master is in health innovation management. Opara met Yehia’s requirement for an adviser with expertise in Nigeria’s healthcare sector, having worked as a doctor for around six years before switching careers to economics and finance. Yehia, a geneticist who had served on the management team at his father’s Lagos hospital, had firsthand knowledge of the problems that Nigerian hospitals faced. He also wanted to look into possible solutions for some of the difficulties he identified in the sector for his master’s project.

“It was an instant connection.” So when we initially met, we ended up talking for about six hours in my flat about the flaws in Nigeria’s healthcare system,” Yehia explained. “It was at that point, very early on, that we both agreed to create a business.” We didn’t know what it was, but we decided to spend our lives attempting to improve Nigeria’s healthcare system — we recognized that the system was the problem.”

Integra Health, the duo’s first venture, first hired to administer 20 hospitals, and it was during this time that the inadequacies in Nigeria’s pharmaceutical supply chains became obvious. In 2015, the co-founders responded by developing and piloting a tech-based platform that connects manufacturers and distributors. This proposal did not take off since it was evident right away that a platform would not be enough. After a year of incubation at Stanford’s Institute for Innovation in Developing Economies, the twosome shifted gears in 2017, when DrugStoc formally launched, including distribution.

“I believe we left Stanford with a greater grasp of business modeling and value chains than we had when we were in the pilot phase,” Yehia said of the incubation program. “We determined that we needed to obtain a distribution license and proceed in a pharmaceutical-like manner. And to do it right, we have to buy directly from the producers and build our own value chains,” he explained.

In retrospect, Yehia believes that technology alone would not have solved the fragmentation issues in pharmaceutical distribution, as they now recognize the critical importance of strategic infrastructure such as fulfillment centers – warehouses where orders are processed, packed, and shipped – and customer support units. Now, DrugStoc connects 400 manufacturers with 3,200 doctors, hospitals, and pharmacies. According to Opara, the platform’s monthly sales have increased by over 1,500 percent in the previous three years, owing to the need for quality assurance provided by DrugStoc’s platform. Every sale generates a commission for the startup.

“I don’t think we ever doubted the need when we first started because we knew the enormity of the problem.” “And we saw that people were tired with the existing quo,” Opara remarked. “The underlying impetus in a lot of healthcare institutions or pharmacies is the fact that we are transforming not only convenience and access but also paying great attention to quality, which is something that every healthcare practitioner is concerned about at the end of the day.”

DrugStoc was awarded a portion of the inaugural $1 million Africa Netpreneur Prize Initiative by the Jack Ma Foundation in 2019, a pitching competition that rewarded 10 businesses that provided answers to Africa’s essential concerns. They have also received a grant from Bill and Melinda Gates, as well as seed capital from VestedWorld, an early-stage investment vehicle focused on the Sub-Saharan African market. DrugStoc is currently expanding its coverage to more regions thanks to increased investment, with more fulfillment facilities and extended transit points and routes, giving greater logistic alternatives for last-mile delivery. It’s also forming alliances with financial institutions in order to expand access to long-term supply chain finance. In addition, significant investments in cold chain infrastructure planned to improve the safe delivery of perishable goods.