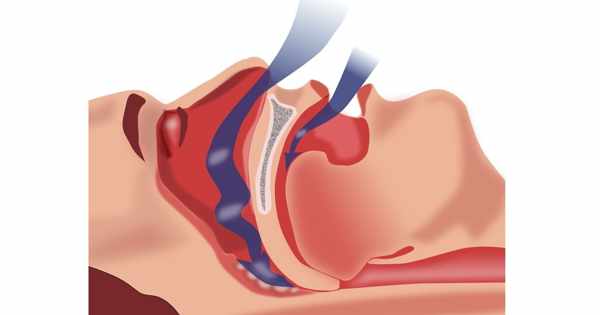 According to a new scientific statement published today in the Journal of the American Heart Association, obstructive sleep apnea, a type of sleep-disordered breathing, is common in children and adolescents and may be associated with elevated blood pressure and changes in heart structure. A scientific statement is an expert analysis of current research that may help to shape future policies.

“The likelihood of children having disordered breathing during sleep and, in particular, obstructive sleep apnea, may be due to enlargement of the tonsils, adenoids or a child’s facial structure, however, it is important for parents to recognize that obesity also puts kids at risk for obstructive sleep apnea,” said statement writing group chair Carissa M. Baker-Smith, M.D., M.P.H., M.S., director of pediatric preventive cardiology at the Nemours Children’s Hospital in Wilmington, Delaware, and associate professor of pediatric cardiology at Sidney Kimmel Medical College at Thomas Jefferson University in Philadelphia.

Sleep apnea has the potential to raise blood pressure and is associated with insulin resistance and abnormal lipids, all of which may have a negative impact on overall cardiovascular health later in life.

Children and adolescents can experience sleep-disordered breathing and obstructive sleep apnea, like adults. The sleep disruptions and pauses in breathing from sleep apnea may be linked to obesity, lipid disorders, elevated blood pressure, and changes in heart structure in kids.

Sleep-disordered breathing occurs when a person has abnormal episodes of labored breathing, snoring, and snoring sounds while sleeping. It encompasses a wide range of conditions, from snoring to obstructive sleep apnea (OSA). Although OSA is linked to cardiovascular disease in adults, little is known about how it affects the immediate and long-term heart health of children and adolescents. The following are the findings of the research for the statement:

Obesity, upper and lower airway disease, allergic rhinitis, low muscle tone, enlarged tonsils and adenoids, craniofacial malformations, and neuromuscular disorders are all risk factors for obstructive sleep apnea in children. Sickle cell disease has also been identified as a separate risk factor for OSA. Children born prematurely (before 37 weeks gestation) may be at a higher risk for sleep-disordered breathing, due to delayed development of respiratory control and a smaller upper airway. However, this risk appears to decrease as premature babies age and grow.

OSA may be present in children with the following symptoms:

The statement reiterates the American Academy of Otolaryngology and Head and Neck Surgery’s recommendation that a sleep study, known as polysomnography, is the best test for diagnosing sleep-disordered breathing. They recommend a sleep study before a tonsillectomy in children with sleep-disordered breathing who have conditions that increase their risk of surgical complications, such as obesity, Down syndrome, craniofacial abnormalities (e.g., cleft palate), neuromuscular disorders (e.g., muscular dystrophy), or sickle cell disease. Children with these conditions, as well as those who have OSA, are considered to be at high risk for breathing complications during any surgery. Anesthesia medicine should be carefully considered, and breathing should be closely monitored after surgery.

Metabolic syndrome is another issue to be concerned about in children with even mild OSA (as few as 2 episodes of pauses in breathing per hour). This syndrome is characterized by a number of factors, including high insulin and triglyceride levels, high blood pressure, and low levels of high-density lipoprotein (HDL, the “good” cholesterol). Continuous positive airway pressure (CPAP), an OSA treatment, can significantly lower triglyceride levels while increasing HDL levels. Treating OSA may improve metabolic syndrome factors, at least in the short term. Obesity, on the other hand, may be the primary cause of some metabolic factors, such as poor insulin control.

“Obesity is a significant risk factor for sleep disturbances and obstructive sleep apnea, and weight loss interventions may improve the severity of sleep apnea, which then improves metabolic syndrome factors like insulin sensitivity,” Baker-Smith said. “We need to raise awareness about how the rising prevalence of obesity may be affecting sleep quality in children, and we need to recognize sleep-disordered breathing as a risk factor for hypertension and later cardiovascular disease.”

The statement also discusses research that indicates a risk of pulmonary hypertension in children and adolescents with long-term severe OSA. The writing committee also recognizes the need for additional studies of cardiovascular disease risk associated with OSA in childhood that include 24-hour blood pressure monitoring and metabolic syndrome factor measurements.

The volunteer writing group prepared this scientific statement on behalf of the American Heart Association’s Atherosclerosis, Hypertension, and Obesity in the Young subcommittee of the Council on Cardiovascular Disease in the Young.