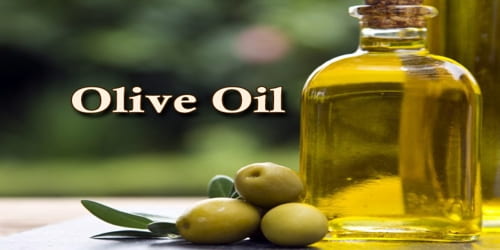 Definition: Olive oil is a liquid fat obtained from the fruit of the Olea europaea (olive tree), a traditional tree crop of the Mediterranean region. Whole olives are pressed to produce this distinctive oil. It is commonly used in cooking, whether for frying or as a salad dressing. It is also used in cosmetics, pharmaceuticals, and soaps, and as a fuel for traditional oil lamps, and has additional uses in some religions. The olive is one of three core food plants in Mediterranean cuisine; the other two are wheat and grapes.

Olive oil originally came from the Mediterranean, but today it is used worldwide.

The composition of olive oil varies with the cultivar, altitude, time of harvest and extraction process. It consists mainly of oleic acid (up to 83%), with smaller amounts of other fatty acids including linoleic acid (up to 21%) and palmitic acid (up to 20%). Extra virgin olive oil is required to have no more than 0.8% free acidity and is considered to have favorable flavor characteristics. Nutrition: According to the United States Department of Agriculture (USDA), 100 milliliter (ml), or 3.5 ounces, of one type of olive oil, contains:

It contains no carbohydrate or protein. The nutritional benefits of olives and olive oil are directly related to the types of fatty acid and the significant amounts of anti-oxidants derived from Vitamins E and K.

Some 75% of Spain’s production derives from the region of Andalucía, particularly within Jaén province which produces 70% of olive oil in Spain. The world’s largest olive oil mill (almazara, in Spanish), capable of processing 2,500 tonnes of olives per day, is in the town of Villacarrillo, Jaén. Uses and Health Benefits of Olive Oil: Olive oil is a monounsaturated fat and the cornerstone of the famous Mediterranean diet. Most people choose olive oil because of its many proven benefits to human health. Extra virgin olive oils offer even more: a world of fruity-bitter tastes that chefs are capturing to elevates dishes to a level they never thought possible.

Over the last 50 years, many studies have looked at the health benefits of olive oil.

Olive oil is the main source of dietary fat in the Mediterranean diet. There appears to be a lower death rate from cardiovascular diseases in the Mediterranean area, compared with other parts of the world. People who regularly consume olive oil are less likely to develop cardiovascular diseases, including hypertension (high blood pressure), stroke, and hyperlipidemia (high blood cholesterol and triglyceride levels).

People who regularly eat foods fried in olive oil or sunflower oil do not have a higher risk of heart disease or premature death. Olive oil may prevent stroke in older people.

Heart disease, diabetes, Alzheimer’s and cancers are among the long list ailments that can be avoided and conditions that can be improved by a diet that includes olive oil. Replace other fats like butter with at least two tablespoons of extra virgin olive oil every day, eat lots of veggies and go for a walk.