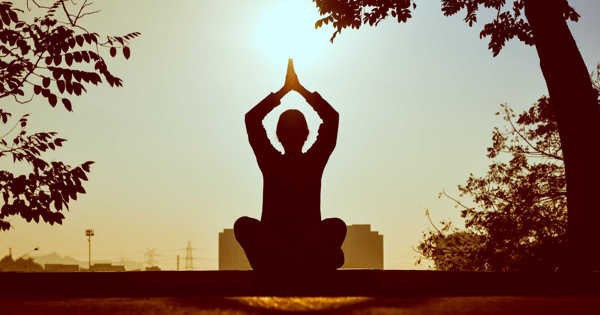 Patients with Heart Disease may Benefit from Yoga Practice

Yoga is a mind-body activity that consists of a series of body poses and breathing exercises that can improve strength, flexibility, balance, and relaxation. Dozens of different formats and practices, such as Hatha, Anusara, ashtanga, and many others, emphasize various focuses, such as toning, strength training, or meditation.

According to new research, yoga postures and breathing techniques may help patients with atrial fibrillation manage their symptoms. The most common heart rhythm disorder is atrial fibrillation. One in every four middle-aged adults in Europe and the United States will develop the condition, which accounts for 20-30% of all strokes and increases the risk of death by 1.5 times in men and twice in women.

The most common heart rhythm disorder is atrial fibrillation. One in every four middle-aged adults in Europe and the United States will develop the condition, which accounts for 20-30% of all strokes and increases the risk of death by 1.5 times in men and twice in women. Reduced quality of life is common, and 10-40% of patients are admitted to the hospital each year.

Normally, your heart contracts and relaxes at regular intervals. Atrial fibrillation occurs when the upper chambers of the heart (the atria) beat irregularly (quiver) rather than efficiently to move blood into the ventricles. It can cause blood clots, strokes, heart failure, and other heart complications.

Yoga postures and breathing could help patients with atrial fibrillation manage their symptoms, according to research.

Palpitations, a racing or irregular pulse, shortness of breath, tiredness, chest pain, and dizziness are all symptoms of atrial fibrillation. These symptoms can be upsetting, making many patients anxious and limiting their ability to live healthy life.

Palpitations, a racing or irregular pulse, shortness of breath, tiredness, chest pain, and dizziness are all symptoms of atrial fibrillation. “Atrial fibrillation symptoms can be upsetting. They come and go, causing anxiety in many patients and limiting their ability to live a normal life “Dr. Naresh Sen of HG SMS Hospital in Jaipur, India, was the study’s lead author.

The purpose of this study was to see if yoga could help patients with atrial fibrillation. From 2012 to 2017, 538 patients were enrolled in the study. Patients acted as their own monitors. After 12 weeks of no yoga, patients attended 30-minute yoga sessions every other day for 16 weeks, which included postures and breathing exercises. Patients were also encouraged to practice the movements and breathing at home on a daily basis during the yoga period.

Symptoms and episodes of atrial fibrillation were recorded in a diary during both study periods. Some patients also wore a heart monitor to confirm episodes of atrial fibrillation. Patients completed an anxiety and depression survey3 as well as a questionnaire4 that assessed their ability to do daily activities and socialize, as well as their energy levels and mood. Blood pressure and heart rate were also measured. The researchers then compared the outcomes of the yoga and non-yoga groups.

“Our study suggests that yoga has broad physical and mental health benefits for patients with atrial fibrillation and could be added on top of usual therapies,” Dr. Sen said.

Yoga, in addition to relieving stress, may help lower blood pressure, cholesterol, and glucose levels, as well as heart rate, making it an effective lifestyle intervention. One study found that middle-aged adults with metabolic syndrome who practiced yoga for three months had better blood pressure and waist circumference (a risk factor for heart disease).

Another study found that taking slow-paced yoga classes twice a week reduced the frequency of atrial fibrillation episodes in people who already had the condition. Another study found that patients with heart failure who participated in an eight-week yoga program improved their exercise capacity and quality of life. They also had lower levels of inflammation markers in their blood, which contributes to heart disease.

Yoga can also help you improve your flexibility, muscle strength, and balance. However, because it is not a form of aerobic exercise that raises the heart rate, you should not include the time you spend doing it in your weekly total for moderate to vigorous physical activity.