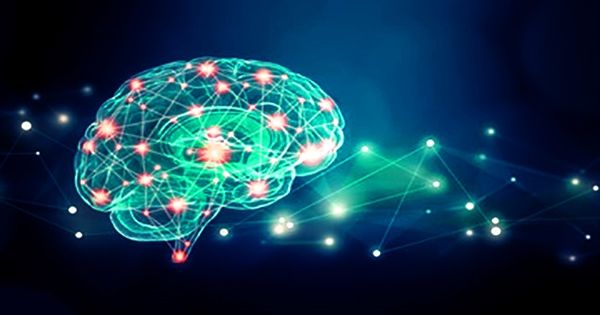 Despite increased use of repetitive transcranial magnetic stimulation in psychiatry, the rates at which patients respond to therapy and experience remission of frequently disabling symptoms have been modest at best. Now, a team of psychiatrists and biomedical engineers used diffuse optical tomography (DOT), an emerging functional neuroimaging technology, to better understand how rTMS works so that they can begin to improve the brain stimulation procedure’s effectiveness in treating depression.

Repetitive transcranial magnetic stimulation, or rTMS, was approved by the FDA in 2008 as a noninvasive treatment for severe depression that was resistant to antidepressant medications. A small coil near the scalp generates repetitive, pulsed magnetic waves that pass through the skull and stimulate brain cells, alleviating depression symptoms. The procedure has few side effects and is typically used as an alternative or supplemental therapy when multiple antidepressant medications and/or psychotherapy are ineffective.

Despite increased use of rTMS in psychiatry, the rates at which patients respond to therapy and experience remission of often-disabling symptoms have been modest at best.

A team of psychiatrists and biomedical engineers applied an emerging functional neuroimaging technology, known as diffuse optical tomography (DOT), to better understand how rTMS works so they can begin to improve the brain stimulation procedure’s effectiveness in treating depression.

For the first time, a team of University of South Florida psychiatrists and biomedical engineers used diffuse optical tomography (DOT), an emerging functional neuroimaging technology, to better understand how rTMS works so that they can begin to improve the technique’s effectiveness in treating depression. DOT creates three-dimensional images of soft tissue, including brain tissue, using near-infrared light waves and sophisticated algorithms (computer instructions).

The USF researchers demonstrated that this newer optical imaging technique can safely and reliably measure changes in brain activity induced during rTMS in a targeted region of the brain implicated in mood regulation by comparing depressed and healthy individuals. Their findings were published in the Nature journal Scientific Reports.

“This study is an excellent example of how collaboration across disciplines can advance our overall understanding of how a treatment like TMS works,” said study lead author Shixie Jiang, MD, a third-year psychiatry resident at USF Health Morsani College of Medicine. “We want to use what we learned from the diffuse optical tomography device application to optimize TMS, so that treatments become more personalized and lead to more depression remission.”

DOT has been used in clinical settings to image epilepsy, breast cancer, and osteoarthritis, as well as to visualize activation of cortical brain regions, but the USF team is the first to use it in psychiatry to investigate brain stimulation with TMS.

“Diffuse optical tomography is really the only modality that can image brain function while TMS is being administered,” said study principal investigator Huabei Jiang, PhD, a professor in the Department of Medical Engineering and Shixie Jiang’s father. The DOT imaging system used in USF’s collaborative study was custom built in his USF College of Engineering laboratory.

The researchers cite three major reasons why TMS may not have reached its full potential in treating major depression: nonoptimized brain stimulation targeting; unclear treatment parameters (e.g., rTMS dose, magnetic pulse patterns and frequencies, rest periods between stimulation intervals); and a lack of understanding of how nerve cells in the brain respond physiologically to the procedure.

DOT produces relatively high-resolution, localized 3D images despite being portable, less expensive, and less confining than other neuroimaging equipment such as MRIs. More importantly, according to Dr. Huabei Jiang, DOT can be used during TMS without interfering with the magnetic pulses of the treatment or compromising the images and other data generated.

DOT is based on the fact that higher levels of oxygenated blood correlate with increased brain activity and cerebral blood flow, while lower levels indicate less activity and blood flow. Depressed people have abnormally low brain activity in the prefrontal cortex, a brain region associated with emotional responses and mood regulation, according to certain neuroimaging studies.

DOT detects changes in brain activity and, secondarily, changes in blood volume (flow) that may be triggering activation in the prefrontal cortex by measuring changes in near-infrared light. The device, in particular, can detect changes in the levels of oxygenated, deoxygenated, and total hemoglobin, a protein found in red blood cells that transports oxygen to tissues.

The USF study examined data from 13 adults (7 depressed and 6 healthy controls) who received DOT imaging and rTMS at the USF Health outpatient psychiatry clinic. The treatment was directed at the brain’s left dorsolateral prefrontal cortex, which is the region most targeted for depression, using the standard rTMS protocol.

According to Dr. Shixie Jiang, this delayed, less robust activation suggests that rTMS as currently administered under FDA guidelines may not be adequate for some patients with severe depression. For patients who have weakened responses to brain stimulation at baseline (initial treatment), the dose and timing of treatment may need to be adjusted, he added.

Larger clinical trials are required to validate the preliminary findings of the USF study, as well as to develop optimal treatment parameters and identify other dysfunctional regions of the depression-affected brain that may benefit from targeted stimulation.