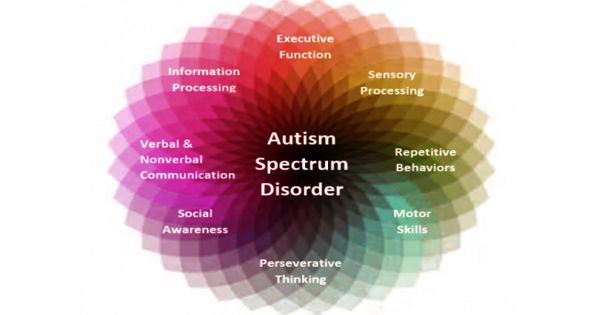 Researchers investigated motor impairments in children with autism spectrum disorder using real-time 3D animation (ASD). The study discovered that when teaching or coaching new movements to a person with autism, the teacher or coach must understand the person’s specific motor learning characteristics.

For more than a year, researchers at The University of Texas at El Paso’s Stanley E. Fulton Gait Research & Movement Analysis Lab in the College of Health Sciences have been investigating motor impairments in children with autism spectrum disorder using real-time 3D animation (ASD). Their goal is to understand how autistic children learn motor skills so that they can receive effective therapies.

Autism spectrum disorders (ASDs) are a group of developmental disabilities marked by significant impairments in social interaction and communication, as well as repetitive stereotyped behaviors. Individuals with ASD frequently have difficulties attending to, learning from, and processing sensory stimuli. The term spectrum refers to the wide range of how the condition manifests itself. For example, those with ASD can range in cognitive ability from gifted to severely challenged, from talkative to completely nonverbal, and from performing independently to requiring constant one-on-one attention.

The findings of their study, titled “Children with Autism Exhibit More Individualized Responses to Live Animation Biofeedback Than Do Typically Developing Children,” were recently published in Perceptual and Motor Skills. The publication of the paper coincides with National Autism Awareness.

“The most important takeaway from this study is that when teaching or coaching new movements to an individual with autism, the teacher or coach must understand the individual’s specific motor learning characteristics,” said Jeffrey Eggleston, Ph.D., assistant professor of kinesiology and director of the Gait lab. He is the primary author of the study. “They need to look specifically at each child’s needs because each child is different.”

More than 80% of children with ASD have problems with gross motor skills, such as balance and coordination, which can interfere with their communication and social interactions. The 18-month UTEP study used live animation biofeedback to teach 15 children with ASD aged 8 to 17 how to squat, a strength exercise that works for multiple muscle groups in the body’s lower extremities.

Researchers compared their movement patterns to those of children who did not have the disorder. According to Eggleston, they discovered that children with ASD had highly individualized responses to the live animation biofeedback, much more so than children with typical development.

Children in the lab wore 1-inch cubes known as inertial measurement unit (IMU) sensors strapped to their pelvis, thighs, lower legs, and feet. On a computer screen, they followed an animation model that demonstrated how to squat. The kids would then attempt to do the squat without looking at the animation.

The child’s lower extremities were tracked using IMU sensors. The data was transmitted via Bluetooth to a computer graphics program, where it was transformed into a skeletal animation of the child squatting and then standing back up on the computer screen.

The study, which took place prior to the COVID-19 pandemic, was funded by a nearly $15,000 grant from the J. Edward and Helen M. C. Stern Foundation and the UTEP Department of Kinesiology.

Public interest and awareness of the needs of people with ASD have grown as the Centers for Disease Control and Prevention reports a significant increase in the prevalence of the condition, which now affects up to one out of every 150 children.