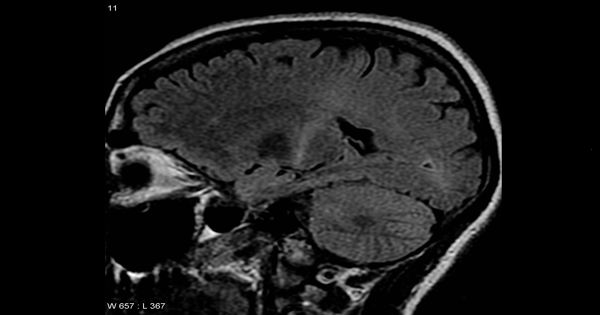 Amyotrophic lateral sclerosis (ALS) is a neurodegenerative disease that is always fatal. Gene-environment interactions cause ALS, and a better understanding of these interactions could lead to more effective personalized medicine. The role of physical activity in the development of ALS is currently debatable.

Strenuous exercise on a regular basis increases the risk of developing motor neurone disease (MND) in people who are genetically predisposed to the condition, according to researchers. Researchers from the University of Sheffield discovered a link between high-intensity physical activity and the disorder in people who were already predisposed to it.

According to a new study, regular strenuous sport and exercise can contribute to the fatal neurological disease ALS – but don’t skip leg day. ALS, or amyotrophic lateral sclerosis, is the most common type of motor neurone disease, which is a group of rare and mysterious conditions affecting the brain and nerves. It is irreversible, progressive, and fatal, and despite incredible advances in treatment in recent years, there is still no cure, no “standard” progression, and no definitive known causes.

Regular strenuous sport and exercise can help cause the fatal neurological disease ALS, according to a new study – but don’t go skipping leg day.

The most famous person to develop ALS in recent years was the legendary physicist Stephen Hawking, who embodied the disease’s unpredictable nature by living for five decades longer than expected at diagnosis. But, before that, the most famous person – and the patient whose name is now inextricably linked to the disease – was Lou Gehrig, a major league baseball player for the New York Yankees who died at the age of 37.

But Gehrig was far from the only professional athlete to contract the disease. According to studies, professional soccer players are more than six times more likely than the general population to develop ALS, and even participating in varsity sports has been linked to an increased risk. But, until now, this link was merely a correlation, not a cause.

“We suspected that exercise was a risk factor for ALS, but this was controversial until now,” Dr. Johnathan Cooper-Knock, one of the study’s authors, explained in an email to IFLScience. “There were concerns that exercise might simply reduce the risk of death from other causes (e.g., cardiovascular disease), making people more likely to die from [motor neuron disease].”

That is where the new study has an advantage – two, in fact. First and foremost, the team employed a method known as Mendelian randomization. Unlike a traditional population sample, this technique determines the prevalence of specific conditions or attributes based on measurable genetic differences, which means that much of the “noise” of confounding variables can be removed. In this case, the researchers assessed the prevalence of ALS in a population stratified by a genetic proclivity for exercise.

Second, the researchers had access to the UK Biobank, a massive repository of genetic and lifestyle data that has previously helped with everything from the COVID-19 pandemic to gay rights.

The study, published in the journal EBioMedicine, explains how lifestyle factors such as smoking, educational attainment, and body fat percentage, which had previously been suggested as possibly influencing ALS risk, were ruled out. Instead, the researchers discovered that the main culprit was exercise – specifically, regular, strenuous exercise.

“Exercise is not a single, homogeneous exposure,” the paper explains. “Different types of exercise can have different effects on different biological pathways and even different subtypes of motor neurons….” Consistent with this, our MR study finds no evidence of a causal role for low-intensity, infrequent exercise, but does find evidence of toxicity from high-intensity, frequent, leisure-time exercise.”

To dig deeper into their hypothesis, the researchers examined over 300 genes known to be affected by strenuous exercise. They discovered that more than one in every five of them were linked to an increased risk of developing ALS, and some of them are known to directly cause motor neurone death in lab conditions. Despite the fact that the evidence is compelling, the researchers are adamant that we should not cancel our gym membership as a result of it.

“[We have established] a causal link between frequent strenuous exercise and ALS,” Cooper-Knock told IFLS. “However, we do not know which people are at risk of developing exercise-induced ALS. Clearly, exercise is extremely beneficial for the majority of people, and we do not currently advise anyone to reduce their exercise.”

“Most people who exercise regularly will not develop ALS,” he added. “Our long-term goal is to… provide these at-risk individuals with counseling about their exercise habits so that they can make informed decisions.”