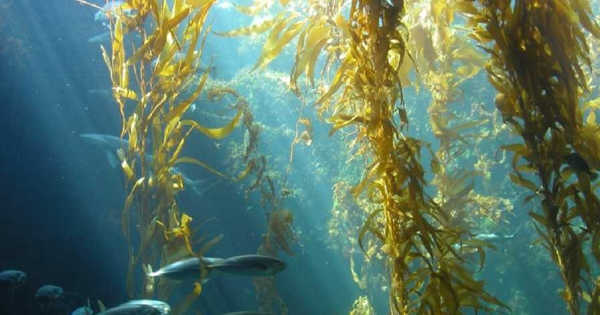 When most Americans think of seaweed, they probably envision a slimy plant they come across at the beach. However, seaweed can also be nutritious food. A pair of UConn researchers recently discovered that sugar kelp grown in Connecticut may help prevent weight gain and the onset of obesity-related conditions.

The researchers reported significant findings supporting the nutritional benefits of Connecticut-grown sorghum in a paper published in the Journal of Nutritional Biochemistry by College of Agriculture, Health, and Natural Resources faculty Young-Ki Park, assistant research professor in the Department of Nutritional Sciences, and Ji-Young Lee, professor and head of the Department of Nutritional Sciences. Brown sugar kelp (Saccharina latissima) was discovered to inhibit hepatic inflammation and fibrosis in a mouse model of diet-induced non-alcoholic steatohepatitis, also known as fatty liver disease.

They investigated the distinctions between three groups of mouse models. They put two on high-fat diets while adding sugar kelp, a type of seaweed, to the diet of one. As a healthy control, the third group followed a low-fat diet. The sugar kelp group had a lower body weight and less adipose tissue inflammation than the other high-fat group, which is a key factor in a variety of obesity-related diseases.

Sugar kelp consumption also aided in the prevention of steatosis, or the accumulation of fat in the liver. Nonalcoholic steatohepatitis (NASH) is a condition that is frequently associated with obesity and can cause inflammation and decreased liver functionality.

The sugar kelp diet also resulted in healthier gut microbiomes in the mice. The microbiome is a community of bacteria and other microorganisms that live inside and on our bodies. The diversity and composition of the microbiome are critical to the maintenance of a variety of health functions.

“I wasn’t surprised to see the data,” Lee says, “because we know seaweeds are healthy.” “However, it’s still pretty incredible data because this is the first scientific evidence for the health benefits of Connecticut-grown sugar kelp.”

This is the first time researchers have investigated the relationship between sugar kelp grown in the United States and obesity. “There had never been a study on this type of aspect before,” Park explains.

Park and Lee saw an opportunity to conduct research on the nutritional science of seaweed, a growing agricultural industry in the United States, and they seized it. They hoped that by gathering concrete data on the health benefits of sugar kelp, they would be able to persuade people to eat seaweed.

“These days, consumers are getting smarter and smarter,” Lee says. “The nutritional aspect is extremely important for the growth of Connecticut’s seaweed industry.”

The researchers used Connecticut-grown sugar kelp specifically because Connecticut regulates the safety of seaweeds. This is critical for monitoring heavy metals absorbed by seaweed from the water. The majority of seaweed consumed in the United States is imported. Park and Lee hope that additional research on the benefits of locally grown seaweed will encourage consumers to support the industry in the United States.

“It’s really an ever-growing industry in the world,” Lee says.

Following the completion of this pre-clinical study, the researchers hope to move into clinical studies to investigate the potential benefits of sugar kelp for other health concerns. They also intend to reach out to people in order to teach them how to incorporate sugar kelp into their diet.

This work is the result of a fruitful collaboration between scientists, farmers, and the state. “Farmers need to know that what we’re doing is beneficial to their sales,” Park says. “We can work together.”

Park and Lee hope to strengthen relationships with Connecticut seaweed growers by working with Anoushka Concepcion, an extension educator with the Connecticut Sea Grant and UConn Extension Program.