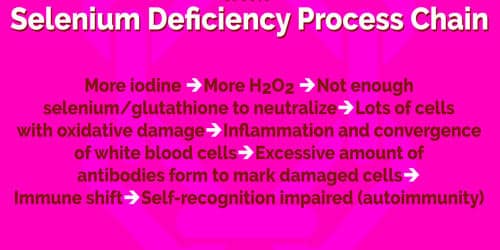 Selenium deficiency refers to not having enough selenium in your system. It can occur in patients with severely compromised intestinal function, those undergoing total parenteral nutrition, and in those of advanced age (over 90). This can cause several health problems. Also, people dependent on food grown from selenium-deficient soil are at risk. Although New Zealand soil has low levels of selenium, adverse health effects have not been detected in the residents. The amount of selenium in food sources is largely determined by the quality of the soil used to grow them. Rainfall, evaporation, and pH levels all affect selenium concentration in soil.

Selenium is a particularly important mineral because it supports the function of several systems. These include the endocrine, immune, and cardiovascular systems. Selenium deficiency, defined by low (<60% of normal) selenoenzyme activity levels in the brain and endocrine tissues, occurs only when a low selenium level is linked with additional stress, such as high exposures to mercury or increased oxidant stress from vitamin E deficiency. Selenium deficiency might also influence cognitive functioningTrusted Source, but again, more research is needed in this area.

Selenium deficiency can produce a range of symptoms. The most common ones are – infertility in men and women, muscle weakness, fatigue, mental fog, hair loss, weakened immune system, etc. It can be hard for doctors to diagnose. This is because there isn’t a widely available test for it. 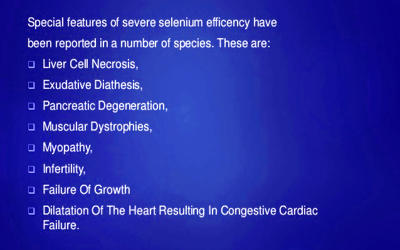 Selenium plays an important role in our endocrine, immune, and cardiovascular systems. Selenium interacts with other nutrients, such as iodine and vitamin E. The effect of selenium deficiency on health remains uncertain, particularly in relation to Kashin-Beck disease. Also, selenium interacts with other minerals, such as zinc and copper. High doses of Se supplements in pregnant animals might disturb the Zn:Cu ratio and lead to Zn reduction; in such treatment cases, Zn levels should be monitored. Further studies are needed to confirm these interactions. Adults don’t need a lot of selenium, but we do need some in order to keep major systems in our body functioning the way they should.

In the regions (e.g. various regions within North America) where low selenium soil levels lead to low concentrations in the plants, some animal species may be deficient unless selenium is supplemented with diet or injection. This lack of selenium in the soil can even affect the livestock. Sheep, goats, and cattle who eat a diet with selenium and vitamin E deficiency may develop a condition called white muscle disease in which the muscles degenerate from oxidative damage. Ruminants are particularly susceptible. In general, absorption of dietary selenium is lower in ruminants than other animals and is lower from forages than from grain.