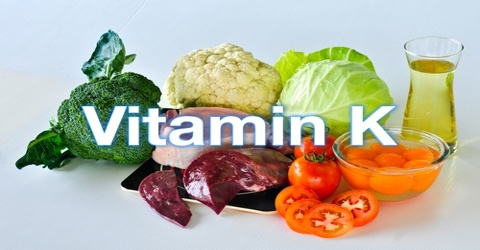 Vitamin K is a fat-soluble vitamin that is most well known for the important role it plays in blood clotting. However, vitamin K is also absolutely essential to building strong bones, preventing heart disease, and crucial part of other bodily processes. In fact, vitamin K is sometimes referred to as “the forgotten vitamin” because its major benefits are often overlooked. Vitamin K is a group of structurally similar, fat-soluble vitamins the human body requires for complete synthesis of certain proteins that are prerequisites for blood coagulation and which the body also needs for controlling binding of calcium in bones and other tissues. The vitamin K-related modification of the proteins allows them to bind calcium ions, which they cannot do otherwise. Without vitamin K, blood coagulation is seriously impaired, and uncontrolled bleeding occurs. Low levels of vitamin K also weaken bones and promote calcification of arteries and other soft tissues. Blood Clotting: As mentioned in the Description section, vitamin K is perhaps best known for its role in the blood clotting process. When people hear the term “blood clot,” they might sometimes jump to the conclusion that a blood clot is bad. But there are many times when it is very important for our blood to clot. For example, blood clots are necessary to stop bleeding when our skin gets punctured. Regardless of the specific situation, vitamin K is necessary for blood clots to form. The clotting process is very complex, requiring at least 12 proteins to function before the clotting process can be completed. Four of these protein clotting factors require vitamin K for their activity. Bone Health: Vitamin K is a fascinating nutrient with respect to bone health, and unlike some of the open-ended questions related to clotting, knowledge about the role of vitamin K nourishment in bone support is fairly well-established. Individuals who are vitamin K deficient have repeatedly been shown to have a greater risk of fracture. In addition, for women who have passed through menopause and have started to experience unwanted bone loss, vitamin K has clearly been shown to help prevent future fractures. Not suprisingly based on its role in photosynthesis and movement of electrons to generate energy, vitamin K may function as an important antioxidant nutrient especially in certain chemical forms (called “reduced” forms). In older men, vitamin K has been shown to help improve insulin resistance. In preliminary lab and animal studies, vitamin K has been investigated as a critical nutrient for protecting cells that line blood vessels, including both veins and arteries. Vitamin K was first discovered in 1935, when it was found to be an essential nutrient to prevent abnormal bleeding in chickens.8 For decades thereafter, vitamin K was identified as the “coagulation vitamin” (in fact, the initial “K” comes from the German spelling, koagulation). During that time, it was established that vitamin K worked by activating certain proteins made in the liver that are required for normal blood clotting. Without sufficient vitamin K, blood would not clot, and severe bleeding would ensue.

Vitamin K activates those blood-clotting proteins by making a small but vital chemical change in the proteins’ structure, specifically on the protein building block called glutamic acid. By the turn of the 21st century, scientists had learned that vitamin K produces similar changes to glutamic acid molecules to activate a handful of other vital proteins in the body, with the collective name of Gla-proteins. According to 2014 research, 16 different vitamin K-dependent Gla-proteins have been identified. This means that they depend on vitamin K to activate them in order to carry out their intended role. Human studies on dietary vitamin K intake have been somewhat inconsistent, probably because of confusion about which form of the vitamin is most important.

Vitamin K has also been found to have a direct impact on the diabetic state itself. In a group of healthy volunteers between 26 and 81 years old, higher dietary vitamin K1 intake was associated with greater insulin sensitivity and lower post-meal glucose levels. And in a study of older adults at high risk for cardiovascular disease, the risk of developing type II diabetes was reduced by 17% per 100 micrograms of K1 intake per day.

Another study demonstrated that both vitamins K1 and K2 reduced the risk of developing diabetes. However, the stronger and more significant association occurred with K2, which reduced the risk of type II diabetes by 7% for each 10-microgram increase in intake.

In addition to reducing the risk of diabetes, vitamin K has been shown to reduce the effects of diabetes as well.