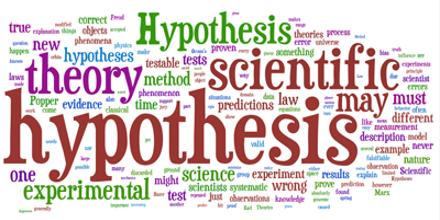 Hypothesis is a suggested solution for an unexplained occurrence that does not fit into current accepted scientific theory. For a hypothesis to be termed a scientific hypothesis, it has to be something that can be supported or refuted through carefully crafted experimentation or observation. A formalized hypothesis will force us to think about what results we should look for in an experiment. Another important aspect of a hypothesis is that it should be based on research. Hypothesis specifies a certain direction, it is called one-tailed hypothesis.