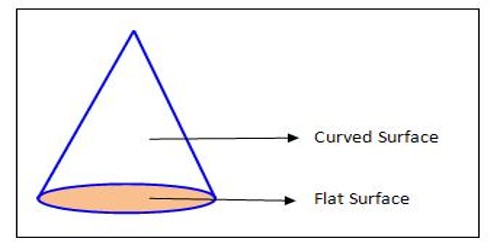 A curved surface is considered a large set of points. Every point in the curve has two neighbors excluding the endpoints. Plane Surface is a flat surface in which a straight line joining any two of its points lies entirely on that surface. It’s a bit difficult to visualize a plane because, in real life, there is nothing that we can use as a true example of a geometric plane.

A surface is called curved surface when it is not a plane surface.

(iv) Two planes are said to be parallel if they do not meet when extended infinitely in all directions.

(v) A straight line is said to be parallel to a plane if they do not meet when both are produced infinitely.