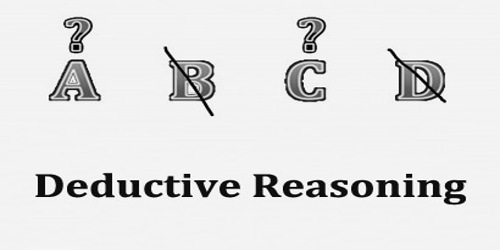 A common example is this: If A = B and B = C, then deductive reasoning tells us that A = C. This is different from inductive reasoning; sometimes know as bottom-up thinking, which involves making broad generalizations based on specific observations.

Deductive reasoning is a basic form of valid reasoning. The scientific method uses deduction to test hypotheses and theories.

The Greek philosopher Aristotle, who is considered the father of deductive reasoning, wrote the following classic example:

There are many ways deductive reasoning can be applied, but these are a few examples: