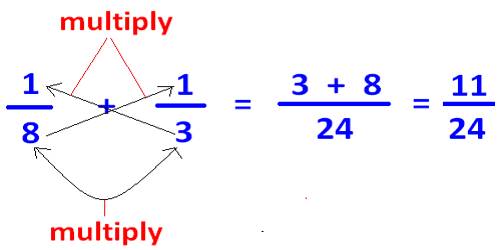 If the denominators are not the same, then you have to use equivalent fractions which do have a common denominator. To do this, you need to find the least common multiple (LCM) of the two denominators. Steps for Adding Fractions with Unlike Denominators