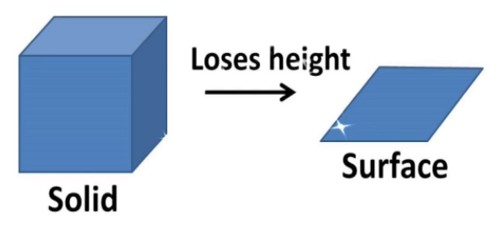 Axioms involving reflection at a plane were approached through physical observations of reflection from a plane mirror.

The following two fundamental propositions may be considered as axioms:

Proposition 1: One and only one plane can be drawn through any two intersecting straight lines.

Proposition 2: Two intersecting planes cut one another in a straight line and in no other point outside the line of intersection.

The above two propositions lead to the following conclusions.

(a) A straight line intersects a plane at one point only or lies wholly in the plane or is parallel to the plane.

(b) An infinite number of planes can be drawn through a given straight line.

(c) The straight line joining two given points on a plane lies wholly in the plane if it is produced indefinitely in either direction.

Example: Show that two parallel lines and any of its transversal lie in the same plane. Let LM and NO be two parallel lines and XY, a transversal intersects LM at R and NO at S. We are to prove that the lines LM, NO and XY lie in the same plane (i.e., they are co-planar).

Therefore, the straight lines LM, NO and XY lie in the same plane g.

Therefore, the straight lines LM, NO and XY are co-planar.