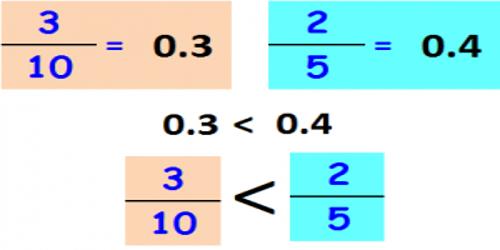 To compare decimal numbers, start with tenths and then hundredths etc. If one decimal has a higher number in the tenths place then it is larger and the decimal with less tenths is smaller. If the tenths are equal compare the hundredths, then the thousandths etc. until one decimal is larger or there are no more places to compare. It is often easy to estimate the decimal from a fraction. If this estimated decimal is obviously much larger or smaller than the compared decimal then it is not necessary to precisely convert the fraction to a decimal.