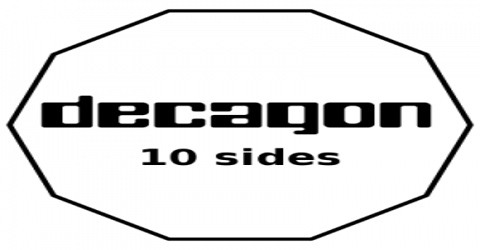 A decagon is defined as a polygon with ten sides. The word “deca” itself means “ten”. A decagon has 10 sides and 10 internal angles. It has ten vertices as well. Decagons may be irregular or regular. Irregular decagons are those which have unequal sides and unequal angles. Few sides or angles may be same, but all of them are not.