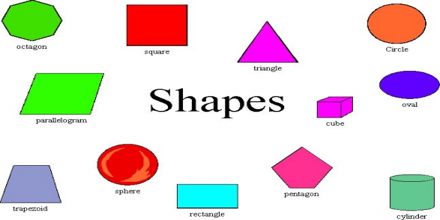 Basic objective of this lecture is to present on Geometrical Shapes. Here briefly describe on Polygon, Triangle, Quadrilateral, Circle : Parts of a circle, Radius, Diameter, Chord and Circumference. Polygon is a simple closed figures by joining three or more line segments is called polygon. Quadrilateral is a closed figure formed by joining four line segments called quadrilateral. Circle is a closed curve formed in such a way that any point on this curve is equidistant from a fixed point which is in the interior of the curve.