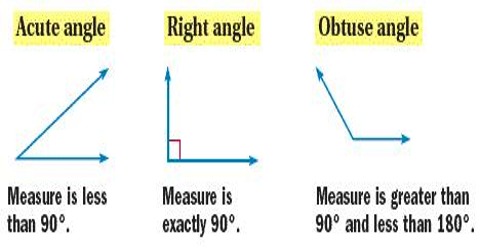 How to Identify Types of Triangles by Angles?

Identifying Types of Triangles by Angles

The triangle is perhaps most common shape ever studied in geometry. It is a kind of polygon which has three sides. A triangle eventually has  three vertices as well. Types of triangles based on their angles Right Triangles: A right triangle has one 90° and a variety of often-studied properties. When an angle of a triangle is right angle, i.e. 90°, it is termed as a right triangle or right-angled triangle. Its diagram in demonstrated below.