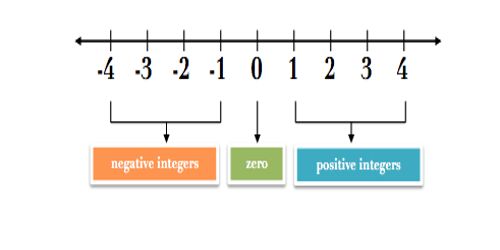 Integers are rational numbers with a denominator of 1.

An integer is a whole number (not a fractional number) that can be positive, negative, or zero. Subtracting a negative integer using number line movements is a bit trickier. Problem such as −4 − (−8) would mean that you start at −4, you get ready to move 8 units to the left (the “minus sign”), but the second minus sign reverses your direction, and you go 8 units to the right instead, ending at 4. Some key points of Integers