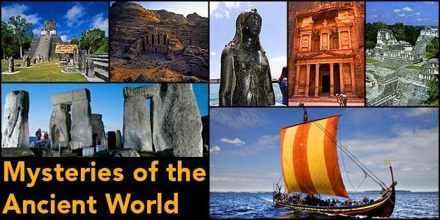 Prime purpose of this lecture is to present on Ancient World History. Here broadly present Ancient History to the American Revolution. This lecture also discus on Olmecs in the Americas; Around 6,000 BC the first cultures began to emerge. The first were the Olmecs which began around 1500 BC and died out around 200 AD. They were known for the Olmec heads. 16 of them are at the Museum of Anthropology in Xalpa. Today’s civilizations owe an immense debt to the powerful empires and mighty cities of antiquity.