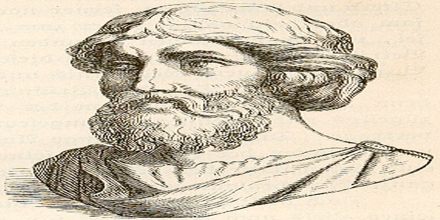 Pythagoras is often considered the first true mathematician. Pythagoras was born on Samos a Greek island off the coast of Asia Minor. The Pythagoreans’ believed “All is Number,” meaning that everything in the universe depended on numbers. They were also the first to teach that the Earth is a Sphere revolving around the sun. As a young man, he left his native city for Southern Italy, to escape the tyrannical government. Pythagoras then headed to Memphis in Egypt to study with the priests there who were renowned for their wisdom.