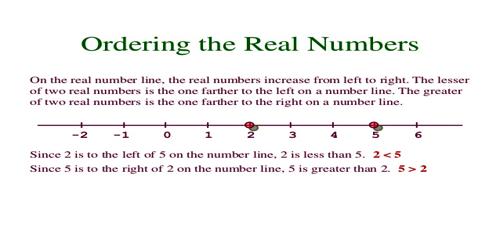 Ordering Numbers are numbers associated with a purchase or merchandise order. Numbers have an order or arrangement. The number two is between one and three. Three or more numbers can be placed in order. A number may come before the other numbers or it may come between them or after them.

The order may be ascending (getting larger in value) or descending (becoming smaller in value).

How to Compare Two Numbers?

When we compare two numbers, there are three possibilities:

How to Order Numbers?

Numbers have an order or arrangement. They can be  arrange  from least to greatest or from greatest to least. When ordering numbers, we can compare the numbers two at a time. We can also use the following method.