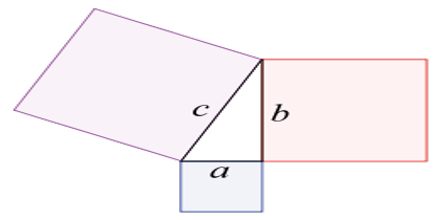 Pythagoras Lived in southern Italy during the sixth century B.C. He was considered the first true mathematician. He used mathematics as a means to understand the natural world. The Pythagorean Theorem – “For any right triangle, the sum of the areas of the two small squares is equal to the area of the larger.” The theorem is invaluable when computing distances between two points, such as in navigation and land surveying. Here also briefly describe on Baseball Problem and Ladder Problem.