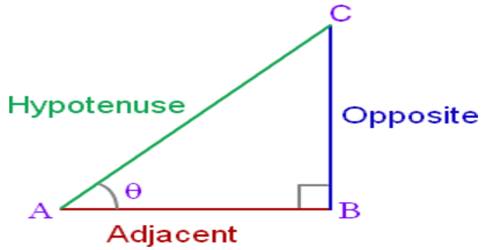 The quotient identities tell us relationships among functions in threes: the tangent function is the quotient of the sine and cosine functions, and the cotangent function is the reciprocal of this quotient. For any right triangle, there are six trig ratios: Sine (sin), cosine (cos), tangent (tan), cosecant (csc), secant (sec), and cotangent (cot). Here are the formulas for these six trig ratios: Given a triangle, you should be able to identify all 6 ratios for all the angles (except the right angle).

Let OMP be a right-angled triangle at M and ∠MOP = θ. The above said divisions are called as quotient relation of trigonometric ratios.

According to the definition of trigonometric ratios we have,

The above step-by-step explanation on quotient relations of trigonometric ratios is very important to solve various problems on trigonometry.