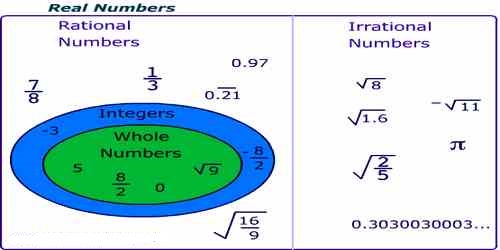 The ancient greek mathematician Pythagoras believed that all numbers were rational, but one of his students Hippasus proved (using geometry, it is thought) that you could not write the square root of 2 as a fraction, and so it was irrational. The set of rational numbers –

The name rational lies on the word ‘ratio’ which is a comparison of two or more values and generally said as a fraction. A number is said to be a rational number if you can write it as one integer divided by the other integer.