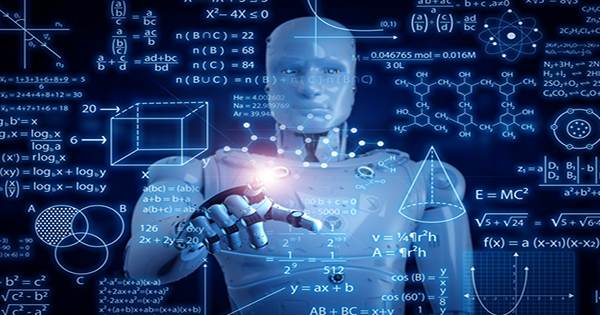 Why do we have to learn math? Previously, the response was something along the lines of “well, you won’t have a calculator in your pocket all of the time!” – But cellphones eliminated that problem. If you ask a professional mathematician to defend their existence nowadays, they will most likely reply something about the necessity for human intuition to answer the universe’s deepest riddles. “A calculator can compute the cube root of 14.7 in under a second,” they’ll argue, “but proving the four-color theorem needs something unique.” DeepMind researchers have now developed an artificial intelligence capable of proving – and even recommending – complex mathematical truths. DeepMind is a group of computer scientists that created history in 2016 when they released AlphaGo, the first computer program to defeat a world champion in Go.

“While mathematicians have used machine learning to aid in the analysis of complex data sets, this is the first time we’ve used computers to help us formulate conjectures or suggest possible lines of attack for unproven ideas in mathematics,” said Geordie Williamson, co-author of a paper on the AI mathmo that was published today in Nature. Williamson is a world-renowned representation theorist, which means he works with mind-bogglingly abstract concepts and attempts to turn them into just highly abstract objects using ingenious tactics. If you were looking for a field of mathematics that would be immune to AI, this would be towards the top of the list.

“Working to establish or reject old conjectures in my discipline necessitates the study of infinite space and extremely complicated sets of equations in several dimensions,” Williamson added. “We’ve shown that when driven by mathematical intuition, machine learning may reveal fascinating and verifiable conjectures in domains where a huge quantity of data is accessible or where the objects are too vast to explore using traditional approaches.” Kazhdan-Lusztig polynomials are one of those conjectures that now appear to be a lot more proven than before. These mathematical statements have a number of deep and basic ties to a variety of abstract mathematics. The question has remained unanswered for 40 years, but Williamson believes a solution is on the horizon owing to DeepMind’s assistance.

That is amazing enough on its own, but DeepMind’s abilities are not restricted to cleaning up the messes left behind by human mathematicians. The artificial arithmetic genius turns out to be quite the prodigy in the subject of knot theory – the math of, well, knots (we promise, it is a lot more significant than it seems). It has aided co-authors Marc Lackeby and András Juhász in discovering and proving a wholly new, never-before-seen, and, most importantly, startling theorem that links algebraic and geometric invariants of knots. “Using machine learning to identify new and unexpected links across different areas of mathematics has been interesting,” said Lackeby. “I feel that the work we’ve done […] proves that machine learning may be a truly beneficial tool in mathematics study,” says the author.

Rather than being concerned about their future job, mathematicians want to see increased collaboration between humans and AI in the future. “Best conceived of as a multi-dimensional space with several axes: academic intelligence, emotional intelligence, and social intelligence,” Williamson noted in outstanding mathematical terms. When you look at it that way, artificial intelligence is merely another axis to investigate an issue along, he explained, and more axes equals more ways to tackle a difficult subject. “Artificial intelligence is a fantastic tool.”This is one of the first instances it has shown its use for pure mathematicians like me,” Williamson added. “Intuition can go us a long way, but AI can help us detect connections that the human mind may miss.”